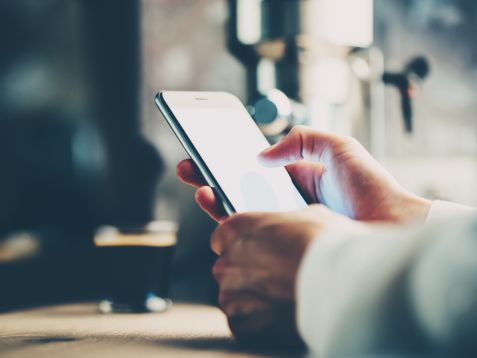 To mark the occasion of the launch of the new Lumia 950 smartphone, Gemius decided to find out which Nokia Lumia models are used to view the most websites by internet users from countries in Central Europe.

Microsoft has announced the premiere of a new device for the end of November 2015. Lumia 950 is the first smartphone without the 'Nokia' element in its name. It will arrive on the market in two versions – Lumia 950 and Lumia 950 XL. To mark this occasion, Gemius decided to find out which Nokia Lumia models are used by internet users from selected Central European countries to visit websites.

According to data from Gemius (October 2015), most internet users are viewing websites using the Nokia Lumia 520 in four of the six analysed countries in Central Europe. Out of all the Nokia Lumia devices, this model is number one in Hungary (0.99 per cent of mobile views), the Czech Republic (0.86 per cent), Slovakia (0.49 per cent) and Slovenia (0.31 per cent). Nokia Lumia 520 also came in second in the Croatian ranking (0.52 per cent). 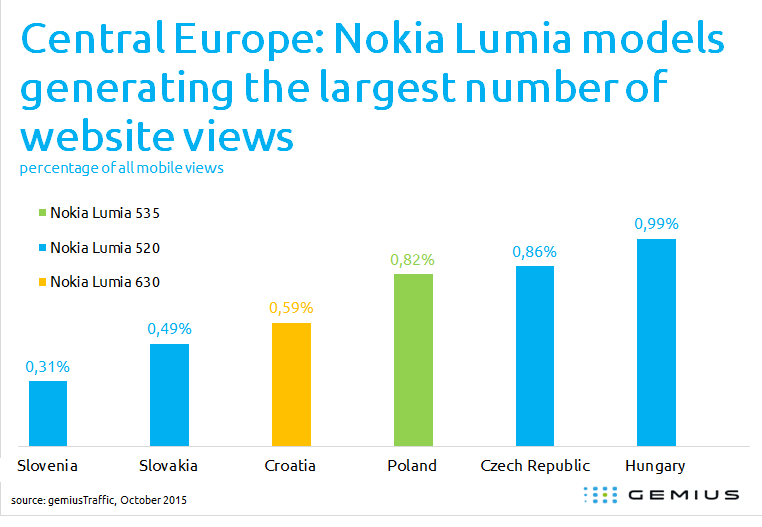 In Croatia, the analysis showed that, out of the analysed group of smartphones, most mobile website views are made using Nokia Lumia 630 (0.59 per cent). This model also comes in second place in the Czech Republic (0.60 per cent) and Slovakia (0.45 per cent).

Wide variation in other models across Central Europe

The data comes from a survey of traffic on websites (gemiusTraffic), which Gemius carries out in more than 20 countries in Europe, the Middle East and North Africa (combined data for Bahrain, Egypt, Jordan, Lebanon, Oman, the United Arab Emirates, Saudi Arabia, Morocco, Algeria, Tunisia, Iraq, Kuwait, Qatar, Syria, Yemen, Libya and the Palestinian National Authority). The data is collected through tracking scripts embedded in the code of websites involved in the study.