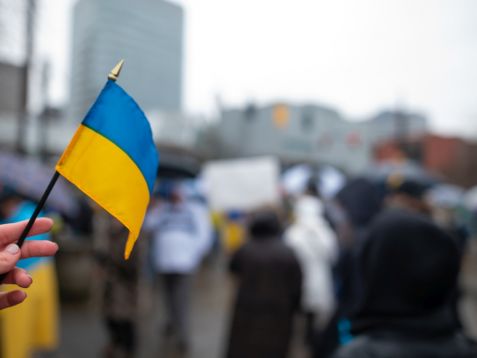 Three weeks after the war started, interest in information searched by the Internet in Poland becomes smaller, although it is still much higher than before the invasion.

Websites from the "Information and journalism - general" category were analyzed from February 24 to March 16, 2022 in comparison with the corresponding period preceding the Russian invasion. In the three weeks preceding the outbreak of the war, websites in the "Information and journalism - general" category were visited by an average of 7.9 million Polish internet users per day, and the maximum number of visitors per day was 9.2 million users. The total time spent on news websites amounted to 1.2 million hours, which gives the average daily use of such services at the level of 9 minutes. On February 24, on the day of the Russian invasion, interest in the information increased sharply. Websites in this category were visited by as many as 13 million Polish internet users, and the total time of using them has almost quadrupled, to 4.3 million hours. This value translates into the average time of using the discussed pages of almost 20 minutes.

However, the following weeks bring declines in the use of news services in Poland. While on February 24 - March 2 the average daily number of visitors to such websites was 12.3 million per day, and in total this week, the information on the Internet was searched by 20.2 million Poles, in the second week of the war these numbers dropped to 10, respectively, 7 million a day and 18.8 million a week. In the third week - up to 10 million a day and 18 million a week. However, this is still a much larger number of internet users than before February 24, when news websites were visited by 7.9 million internet users a day and 16.3 million a week.

The average time spent by Internet users on information websites was also shorter. While in the week of the invasion it was 1 hour and 28 minutes, in the following weeks it decreased to 1 hour and 6 minutes in the second and 58 minutes in the third week of the conflict, respectively. However, it is still almost three times longer than the average before the outbreak of the war (30.5 minutes per week in the period February 2-23). The simultaneous increase in the number of users and the extended use of information services also resulted in a significant increase in the total time spent on browsing information. While in the period of February 2-23, a total of 24.9 million hours were spent on reading information content, in the period of February 24-March 16 it was 67.7 million hours in total. 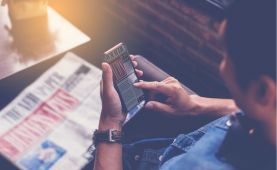 Polish news media after the Russian aggression against Ukraine