New solutions from Google − are they effective? 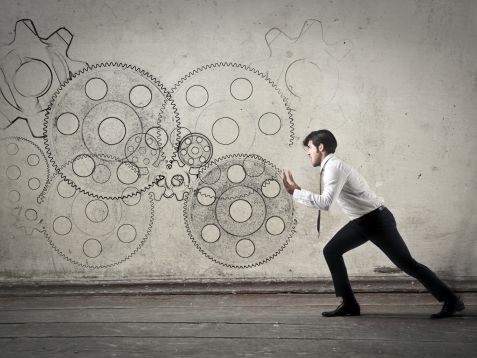 Some time ago Google made the TensorFlow library available via open source. My initial thought was that this was a lovely gesture towards "our" industry. After a little reflection, however, it occurred to me that Google’s act was pure mockery. Emil Pawłowski from Gemius writes about new solutions.

Paradoxically, our giant’s selflessness hides a bitter message: “We can share our algorithms, their implementation, even the computing environment with you. Help yourselves! Without the data you’re in the dark anyway.”

After all, as important as they are, theoretical knowledge, tools and computing power are not all it takes to build competitive advantage in our organisations. Only data provides a tangible trace of previous actions. Data is the story of our successes and failures. Only experiencing this story allows you to draw conclusions for the future. Data is all that counts.

For many years, online publishers in Europe and around the world have recognised the importance of research in the decision-making and product development processes. They collect data from multiple sources in order to establish the facts on which business decisions are based. Certain research projects, which are particularly important for the industry and at the same time so complex that they cannot be carried out by the publisher, have forced entities to unite and led to the development of organisations like the joint industry committee. This is what happens with the part of the Internet which is based on the advertising model.

In Poland: PBI; in countries like Turkey, Hungary and Slovakia: IAB; in other countries: DMR, CIM…

Why, in the far more important field of up-to-date analytics, as well as making decisions on what to sell and what to display in real time, is there no agreement between publishers? Why is the territory handed over to Google without a fight? Why, despite the significant threat, do publishers even support Google in their objective: Google = the Internet?

Everyone I speak to agrees that this vision is sufficiently enticing to be considered an industry strategy in Poland. But what about tactics? Who should be first to end cooperation with AdSense? Anyone who does so will lose. They will see a decline in results in the initial quarters, managements will do the sums...