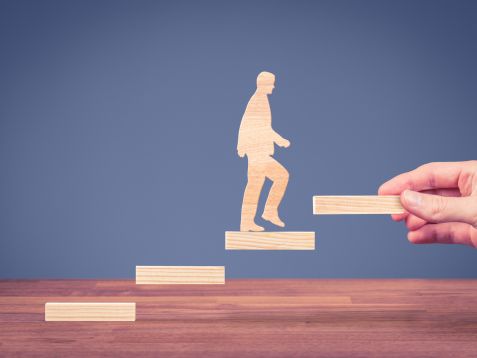 The professional networking site LinkedIn is celebrating its 14th birthday. In Poland, Linkedin.com has 2.1 million users, i.e. one in thirteen internet users. That's over 250 thousand more than a year ago – thanks entirely to the increase in internet users on mobile devices.

LinkedIn launched in May 2003. On the occasion of its 14th birthday, Gemius has looked into how Poles use it. Analysis showed that the Linkedin.com website had 2.1 million users from Poland last month, which is 7.6 per cent of internet users (source: a Gemius/PBI study). A year ago, the site was being visited by 1.9 million people. The study uses data from April 2016 and 2017 for Polish internet users aged 7 to 75. 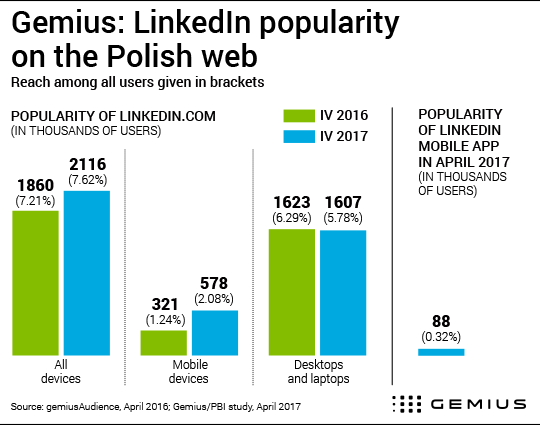 The increase in the number of visitors from Poland is thanks to mobile device users. A year ago they numbered 320,000, and last month 580,000. Additionally, there are nearly 90,000 LinkedIn mobile app users recorded in April 2017. The number of people on Linkedin.com via desktops and laptops has remained almost unchanged over the past year, at 1.6 million. In April 2016 this accounted for 6.3 per cent of all internet users, and a year later 5.8 per cent. The combined number of visitors to Linkedin.com and using the mobile app is 2.2 million (7.9 per cent of Polish internet users).

The number of LinkedIn visitors begins to rise on Monday, hitting a peak in the middle of the week (on Wednesday or Thursday) and then falls to its lowest at the weekend. This trend is seen for every week of April. The record daily number of users, at 305,000, was recorded on Wednesday, April 13, and the monthly minimum on Easter Sunday, April 16, when the website was visited by 43,000 people, or 0.2 per cent of internet users.