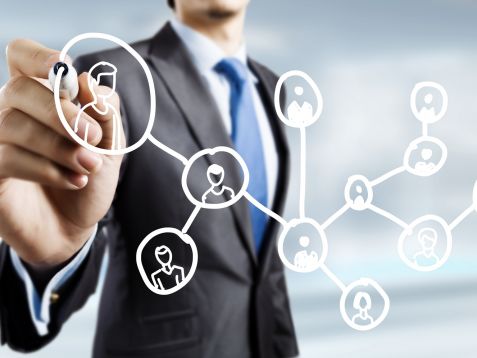 A quarter of internet users in Denmark visit LinkedIn.com. A slightly smaller share of online population use this social networking site in Romania, Turkey, Poland, Russia, Hungary and Ukraine. In all the analyzed countries, however, LinkedIn mostly attracts audience holding university degrees.

One of the ways to ensure successful professional life is to effectively manage business and social contacts. Numerous social networking services may prove helpful here. One of them is LinkedIn, a website set up back in 2003. With its intermediary, over 300 m specialists in many different branches of industry build a career-supporting net of business relations. The portal is available in over a dozen languages, which makes it easier to use and more accessible for people from all over the world. Gemius has decided to check how popular LinkedIn is among the internet users in countries where the company conducts web research. What observations have the analysts made?

The September 2014 data shows that LinkedIn.com gets visited by a quarter of Denmark’s online population (26 per cent). In Romania, every tenth internet user goes to this social network (10 per cent). The website is also popular in Turkey and Poland (6 per cent each). Among the analysed countries, LinkedIn enjoys the least interest in Russia, Hungary (4 per cent each) and in Ukraine (2 per cent). The analysis involved internet users aged between 18 and 69. 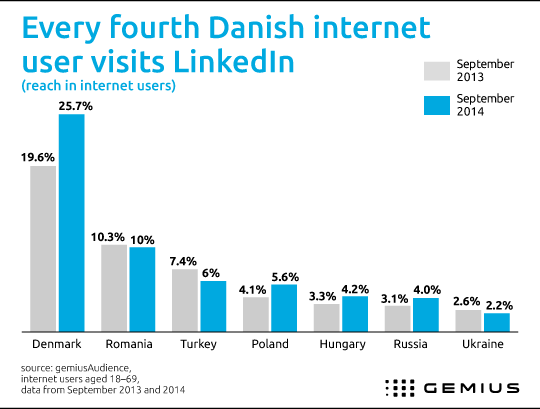 It also turned out that in all the analysed countries, LinkedIn.com was most eagerly visited by internet users who declared higher education. Moreover, its popularity is quite even among women and men. Only in Ukraine and Hungary, the male part of the audience is noticeably larger. In Denmark, Poland and Hungary, LinkedIn is most liked by individuals between 26 and 35 years old, while in Ukraine and Russia – between 36 and 55. In Turkey and Romania, the researched social website is most popular among 46 to 69 year-olds.