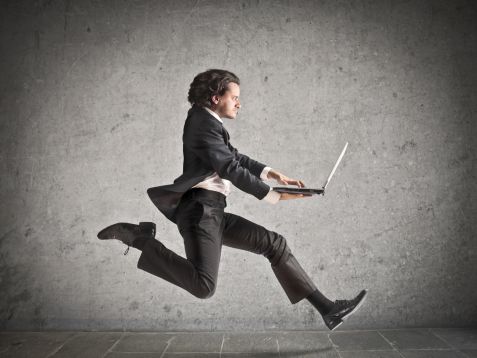 Analyses of data gathered by Gemius provide that the mobile producers and devices market in Latvia belongs to Apple, Samsung and Nokia, representing 80 per cent of all online traffic coming from mobile devices. Still, the data from April 2014 reflects possible changes concerning the top two mobile device producers in the ranking.

The research shows that most popular portable device manufacturer for web browsing in Latvia is Apple (38 per cent of web traffic). The second place in the ranking belongs to Samsung (34 per cent), who improves with every month, and third comes Nokia (8 per cent). The top five closes with LG (5 per cent) and HTC (4 per cent).

Apple and Samsung products have been generating the majority of Latvian online traffic since early 2012, when Apple was the leading brand and Nokia lost ground to Samsung. Since then, Samsung is enjoying growth, and in April 2014 it was lagging behind Apple by only 4 per cent.

"It is not excluded that that the top two manufacturers, i.e. Apple and Samsung, could swap places by the end of 2014" says Linda Egle, the online market expert and head of Gemius Latvian branch. "If this happens, Latvia would be in the same position as Poland, Slovenia and Turkey, where in the last few months Samsung got the upper hand of Apple" explains Egle.

Head of Latvian branch of Gemius

Head of Latvian branch of Gemius and industry expert