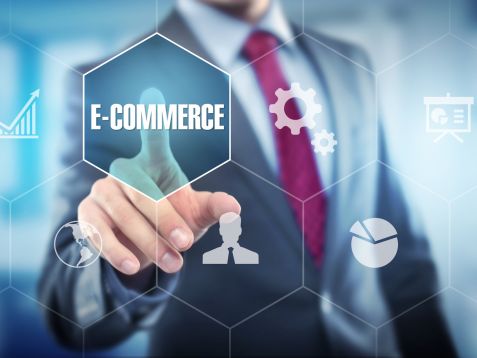 More than a half of Polish internet users are e-consumers. What do they buy and how much on average do they spend shopping online? The latest “E-Commerce in Poland 2017 Gemius for e-Commerce Polska” report reveals the backstage of Polish e-commerce.

─ Everything happens as planned and expected ─ the number of online shoppers is on the increase and so is the value of the entire market. This applies not only to Poland but also to other countries in our region ─ says Marek Molicki, a Gemius expert. ─ Today, the value of the e-commerce market in Poland, as per different sources, is estimated at PLN 36–40 billion, and there is no doubt that it is only going to increase. The underlying factors are numerous but it is sufficient to mention just a few of them. Firstly, each year the number of customers for whom online shopping is quite natural increases ─ they are the youngest ones. Also, increasingly higher is the number of people who have acquired the conviction that online shopping is safe by doing the shopping for years ─ they are the older ones. Secondly, shopping becomes increasingly more convenient and accessible ─ a number of sellers have become aware that there is no future for them without becoming mobile and without offering fast delivery and customer-friendly return policy. It is also of significance that sellers are increasingly more aware of how to effectively use data and tools which boost sales. It is worth noting that e-commerce does not exist for individual customers only, but the role of b2b commerce is gaining importance ─ points out Molicki. Online shoppers are very well-aware of the products available for online shopping, and their awareness of e-commerce websites is very high: only 17 per cent of respondents were not able to mention any name related to e-commerce. Products purchased most frequently include: clothes, accessories, books, discs and films. As many as 70 per cent of respondents have already purchased such products on the web. More than a half of e-consumers (53 per cent) have used Polish e-stores.

The purpose of the study whose results are presented in the “E-commerce in Poland 2017. Gemius for e-Commerce Polska” report was to learn about the attitudes, habits and motivation behind online shopping. The report provides information about the attitude to online shopping among people who become involved and those who do not become involved in this form of shopping, their awareness of e-commerce brands, motivation behind selection of e-stores, the products purchased and money spent on each category of purchases, plans in respect of online shopping, sources of product information, the ROPO effect, preferences as to the methods of doing online transactions and the use of mobile devices. The report was prepared by Gemius in cooperation with the Chamber of Digital Economy. The survey presented in the report was conducted in the form of a CAWI (computer-assisted web interview) on a representative sample of 1,500 internet users aged 15 plus. The data were collected from 7 to 14 April 2017.

The report is available in Polish.