Poles’ internet activity indices have been falling for two months in a row. In August, fewer people used the Internet than in July or June, and those who were already connected to the network spent on average a quarter of an hour less there compared to the last month only. 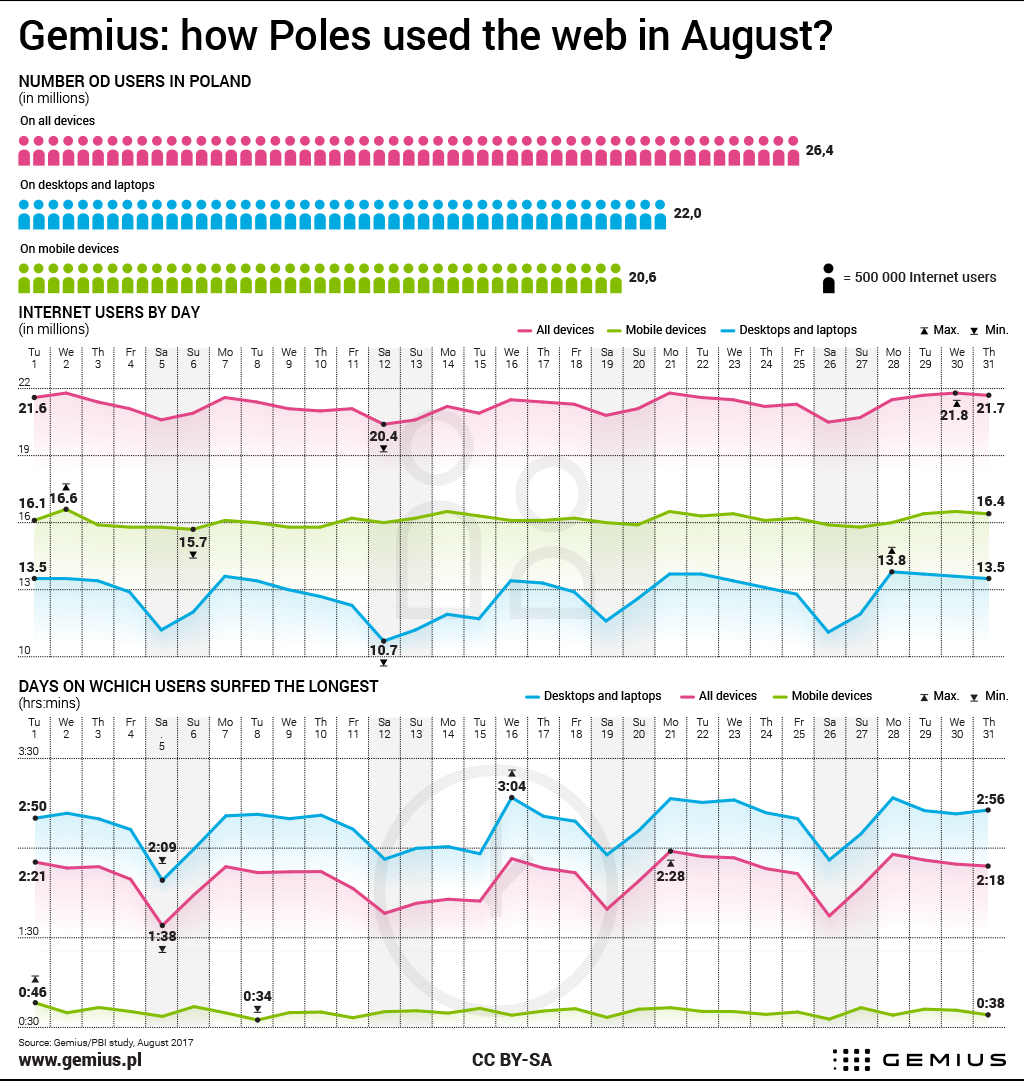 Growth among the declines

One day's results contradicted the general downward trend. On Wednesday, August 2, 21.8 million users accessed the web, which is significantly more if compared to the July (19.5 million) and June (20.3 million) records. Last month the smallest number of internet users – 20.4 million – was recorded on Saturday, August 12.

The violent weather events which hit northern Poland in the first half of August were reflected in internet usage statistics. On August 11, internet users generated a record-breaking number of visits (24.9 million) to weather sites. This result doubled the monthly average for this category of websites (12.2 million page views).