3 Things that will change in the internet industry 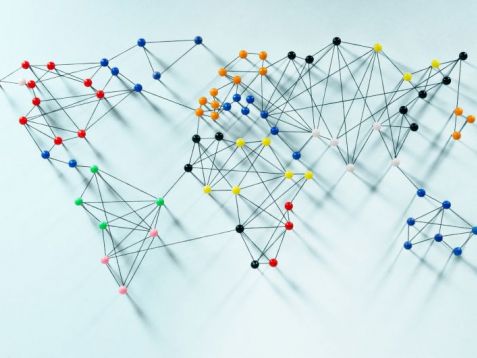 Two weeks ago, I was invited by a popular portal to share my opinion about "the three most extraordinary things that can / should happen in the internet industry in the next three years". Because there was not enough space to expand upon my thoughts, and I don't want to limit the ideas to only three years in the future, I decided to write an article here, where there is no character limit. Marek Molicki from Gemius writes about trends.

Whenever a question about the future of the internet industry is raised, it reminds me of the film EPIC 2014, whose creators weave an interesting story about the future of the internet but miss out on predicting one important thing - Facebook. With that in mind, the most surprising thing in the next three years would be the disappearance or marginalization of the role of Facebook. It is hard to believe today, but if you look at the internet industry from a broader perspective, anything is possible.

Before we come to conclusions regarding the future of Internet industry, please let me share with you some information about that movie.

EPIC 2014 is a movie released in November 2004 by Robin Sloan and Matt Thompson (with great background music by Aaron McLeran). The movie was based on a presentation they gave at the Poynter Institute. The movie is presented from the viewpoint of a fictional "Museum of Media History" in the year 2014. It explores the effects that the convergence of popular News aggregators, such as Google News, with other Web 2.0 technologies like blogging, social networking, and user participation may have on journalism and society at large in a hypothesized future. The film popularized the term Googlezon and touched on major privacy and copyright issues raised in this scenario [Source: Wikipedia].

As you can see, the problem with predicting the future of the industry lies in the fact that, apart from the great number of projects that you can more or less predict, there are people somewhere in their "garages" who are creating an even greater number of projects that only they believe in. Most other people, if they heard about the details, would think that creator was mad.

However, it may be that one of those projects that will change the industry, and perhaps the world, as has happened before. But OK, let's play this out and let's think of extraordinary things that can / should happen in the Internet industry in the next 3 years (and one more thing to mention: the internet industry today is far away from online and computers):

1. 3D Printing will be available to everyone. There is only one thing that is stopping the revolution: the price. The day when 3D printing becomes cheap (as cheap as 2D printing is) will be remembered as the first day of the next revolution. 3D Printing can change not only the online industry but everything in the world. Just imagine that you can print a prosthetic hand or leg at home. Imagine that you can print any item for your home or garden that you would normally buy at the shop. Imagine that sky is the limit and check the list of things you can print – both more and less important. I think that most people do not appreciate 3D Printing, but this is mostly because of the prices today. You’re probably asking yourself what 3D Printing has to do with the internet industry, right? Much more than you realize, I think. Imagine just how big an influence 3D Printing could have on e-commerce, how many new shops could pop up. Imagine how many new things or devices could appear in existing e-shops. But that's only the beginning. Let’s move on to point number 2

2. Internet of Things. Imagine that we have cheap 3D printing. Imagine what talented people, talented young programmers, with clear heads and a great imagination could do with that. If you still have a problem with imagining this scenario, let me just outline for you the areas in which the IoT can be used: environment and water management, production, transportation, energy … pretty much anything you want. Imagine not only intelligent houses but let's call it intelligent health and just intelligent life. Imagine how many medical examinations that are not so pleasant today may become as easy as drinking a glass of water, thanks to the IoT. According to Gartner, there will be over 25 billion IoT devices in 2020. In the next four years, IoT analytics revenue will grow 500% according to the consultancy Deloitte, which also reported $2 bn in revenue from the IoT in the Middle East last year.

3. Big Data. Do you remember the movie “Minority Report” with Tom Cruise? OK, let's not go that far, but let's imagine how the world could look if we could predict more, faster and cheaper. And what's more important - on time. Objects connected to the internet generate data. More objects produce more data. At some point, we have enough data to analyze to draw conclusions. How can we use the data? The sky is the limit, seriously. An example: Inrix, a big data company, launched its connected car analytics platform. Thanks to the service and the use of real-time GPS, they can monitor the number of vehicles that pass a particular location daily. That helps to deal with traffic, but that's just one of the possibilities. There is significant potential for big data in medicine and general healthcare. You may remember that Google was able to predict the spread of flu better than any government. But what if we had a big database collecting data from doctors, hospitals, drugstores, search engines, and the weather forecast? With that information, predicting becomes much easier. It's even hard to overestimate the potential that cheap and fast methods of big data analysis can have on e-commerce and advertising. You have probably heard the story about Target and pregnant women.

Now, take it together. Connect 3D Printing with the Internet of Things and Big Data – then, imagine all are available inexpensively and simply. If you can't imagine that, please check the website "Internet in Real Time" to see how much data is generated every second on just the most popular online services. Now, multiply that by whatever big number you want.

I believe that these three trends will have a huge influence on not only the internet industry but on everything on Earth. And then predicting the future will be much easier. But still, one day, someone may appear who will create something bigger than Facebook, Google, Amazon combined and truly change the game. Expect the unexpected.

The narration of the movie EPIC 2014 you saw earlier ends with the statement: "Perhaps there was another way." I think that is the best summary. 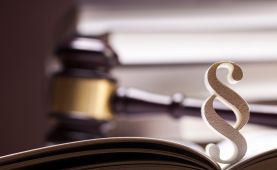 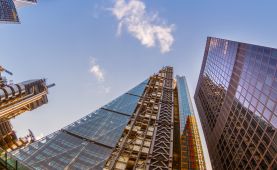 Banking: how to build financial success with big data?