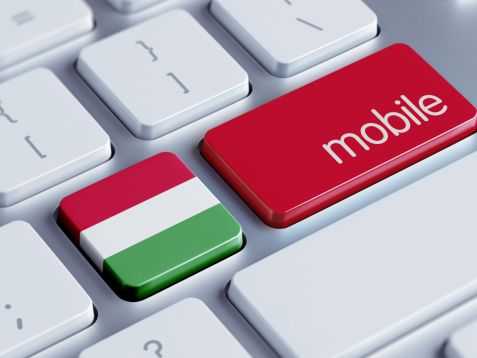 In Hungary every 10th page view comes from a mobile device.

According to Gemius, 57 per cent of Hungarian internet users have a smartphone (data from January 2014). The market is expanding steadily due to reduction in prices and gradual disappearance of feature phones. By the year 2015, the penetration indicator is expected to reach 67 per cent among internet users, which means about 3.25 million people – 38.2 per cent in terms of the total population aged 15 +.

The mobile users most commonly use search engines, navigation services and social networking sites. The most popular topics that they look for are entertainment (party, movie listings), health & fitness content and mobile purchase.

Moreover, it turns out that 29 per cent of smartphone owners are still relatively fresh in the group. They have had their smartphones for less than a year. The proportion of "veterans" is very high, 43 per cent have at least 2 years of experience.

The mobile users most commonly use search engines, navigation services and social networking sites. The most popular topics that they look for are entertainment (party, movie listings), health & fitness content and mobile purchase.

The research also showed that, in addition to smartphones, tablets are becoming an increasingly important part of our everyday lives, with the variety of features they offer. This is shown by the fact that every 50th tablet owner uses their device to entertain his or her pet.

What is more, despite Apple enjoying only a 10 per cent market share in Hungary, as much as 19 per cent of the mobile page views were generated on iPhone devices.

Mobile devices are not only important in our everyday lives, but even more so for the business. Mobile ad spending amounted to HUF 1.943 billion in 2012, which is 5 per cent of the digital advertising market (IAB ADEX 2013). Accordingly, there is a growing demand from advertisers and agencies for a better understanding of the the market, which was previously the domain of mobile electronics and related companies.

gemiusMobileTracking is a tracking research tool based on collection of data regarding the development of the Hungarian mobile market. The progressing domestic mobile market needs a deeper insight into smartphone users and customers, whether it is their attitude related to smartphones, what they think of brands, or how they use their devices.