How to get rid of Adblocks? 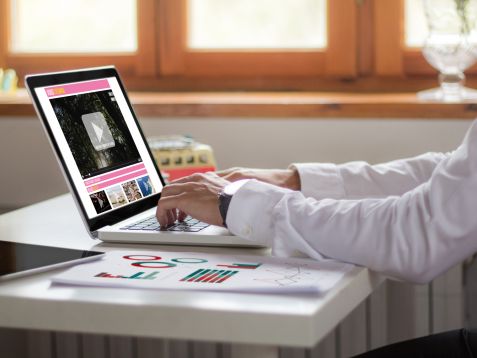 This month, I attended the Login conference in Vilnius, where I met many people and listened to many interesting presentations. But one of them caught my attention in particular: a presentation by Ben Williams from Eyeo – the Adblock Plus parent company. But before we get started, let's take it from the very beginning. Marek Molicki, regional manager from Gemius, in the following summary.

I'm not a big fan of websites filled with dozens of advertisements. I especially hate floating ads that can’t be closed – and regardless of the IAB recommendation, it still happens. Did I also mention that I hate autoplay videos? So, I completely sympathize with users who want to get rid of them. Sometimes it gets so annoying that it is impossible to use a website. So it’s no wonder people started turning to Adblock – and their numbers are growing.

On the other hand, I am acutely aware that advertising is the lifeblood of publishers. The money they earn from ads allows them to hire journalists, the technology, which in turn is a huge source of revenue. After all, business is about generating profits. I guess I can come to understand both sides. The only piece that doesn’t fit the puzzle is the company that created Adblock.

During the presentation, Mr. Williamson raised a great question: Why do I need to watch 30 seconds of advertisement when I only want to watch 20 seconds of content. My first thought was a completely different question – why do I need to pay for a car if I only wanted to drive a few kilometers from my house to the office? Or why do I have to pay for an entire magazine if I only wanted to read a short article? Sorry, but this kind of argument is pure nonsense. Especially in this context: "Popular online ad-blocking software Adblock Plus will soon include a feature allowing users to pay websites for content, which could help those sites recoup some revenue from visitors who choose to avoid ads. Thanks to a partnership with Sweden-based content-funding startup Flattr, Adblock Plus users will be given the option to specify how much money they wish to contribute collectively every month to the websites they visit, Adblock Plus’ parent company, Eyeo GmbH said Tuesday. The companies are calling the program “Flattr Plus”. Flattr and Adblock Plus will keep a 10% cut of the revenue generated from the Flattr Plus program and divide it between them. The remaining revenue will be divided up and handed to publishers, based on which websites users engage with the most. Adblock Plus and Flattr are working on an algorithm to determine what “engagement” actually means, beyond just time spent on individual sites" - Wall Street Journal explain.

During the second day of the Login conference, my colleague, Emil Pawłowski, gave a presentation, a portion of which he dedicated to Adblock. Emil stated that first of all, we – as research companies – are responsible for the current situation. His argument was that we just simply set the bar that created all this mess: that is page views.
Page views became a currency. Publishers were hell bent on collecting as many page views as possible. The more page views you had, the more money from ads you could receive. It was as simple as that. The problem is that it crossed all the boundaries. Quantity over quality became king. So instead of a gallery of pictures we have a slide show, where every slide is a new page view (and new tools appeared that allowed you to eliminate slides). Annoying, time-consuming, and utterly stupid. So what to do? Emil's proposition was to simply change the currency from views to time spent on the site.

What is the argument for this? "The time a user actively spends on a website cannot be manipulated. The time a user spends on the website is fundamental in relation to the amount of marketing that can reach a person. The size of the advertising space is a derivative of the time spent, and not the activity performed (action, view, play), by the user." wrote Emil. I agree with him, but at the same time also happen to disagree. In my opinion, this meter can be optimized, and what's more, it would be great if publishers would work on time spent optimization. It can be and at least the very first time we will be the beneficiary if the publisher attempts to maximize it.

My second point is that the quality of the content is the main problem for publishers in today’s world. Many publishers are afraid to block people who use Adblock, because they fear they will disappear forever. Sure, if you have the same content as other sites there's not much you can do; but if you create good quality, original and unique content, you don't need to be afraid of people clicking away. Thus, the idea of changing the unit of measure to time spent, is a brilliant idea and also a great idea in terms of the publisher’s income.

Time spent optimization means that publishers will need to focus more on the creation of better content. So we are facing the completely opposite situation to the one at hand. And we are moving forward towards "quality over quantity". If publishers deliver superb and unique content, users will pay with clicks at the very least, and some of them will also pay for subscriptions. It’s true, this approach requires much effort and more money to be spent by publishers, because quality content doesn’t come cheap. But the rewards pay off. Just look around, put out good content and you will soon be saying “goodbye to Adblock users!”