How often do internet users in Ukraine watch TV? 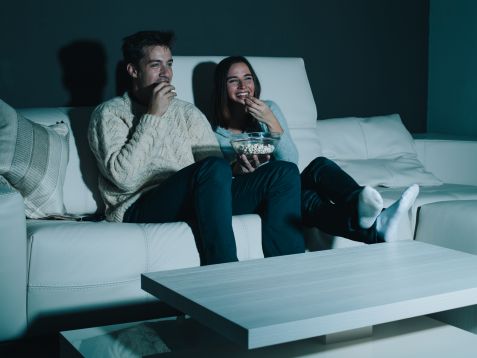 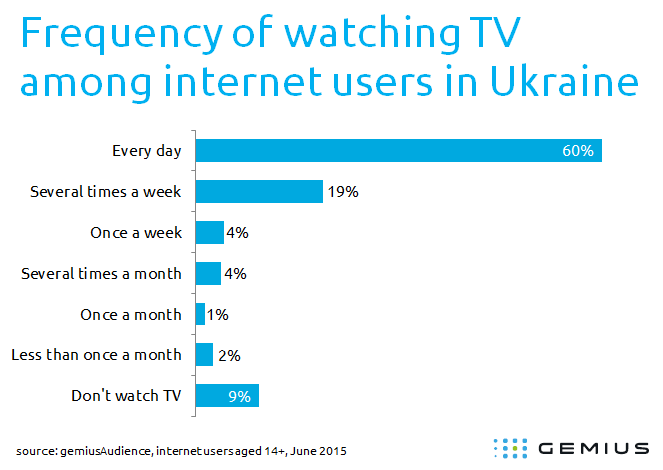 TV watching is popular with both genders; however, viewing patterns for men and women are slightly different. It turns out that the female audience members watch TV on a daily basis more often (62 per cent of women and 58 per cent of men watch TV every day). Men are more numerous in the ‘several times a week’ category. The share of internet users who do not watch TV in general is higher among the male audience. 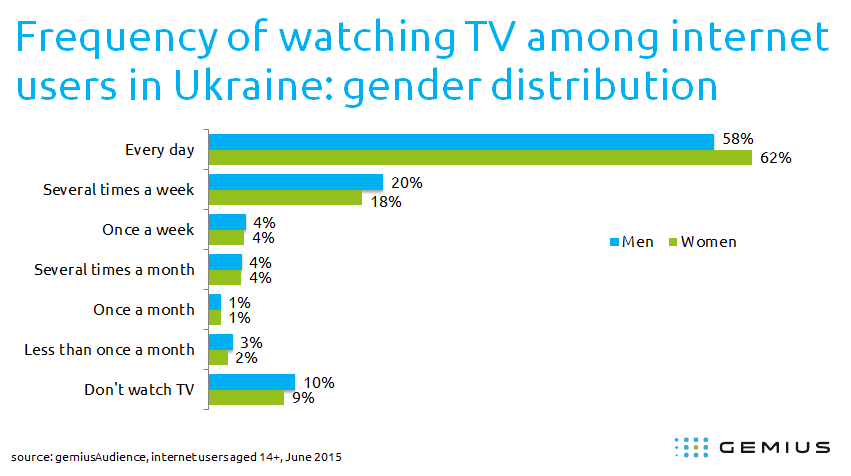 The frequency of watching TV varies depending on the age of internet users: frequency increases with age. It turns out that young audience members aged 14–25 watch TV less often than representatives of other age groups. Only 37 per cent of the youngest internet users watch TV every day, which is half as many as in the 55+ age group (79 per cent of this group’s representatives watch TV daily). Among the youngest group of internet users there is another shift in TV watching: almost half of the members of this group (48 per cent) watch TV several times a week or several times a month, whereas among other age groups the trend is for daily TV watching. 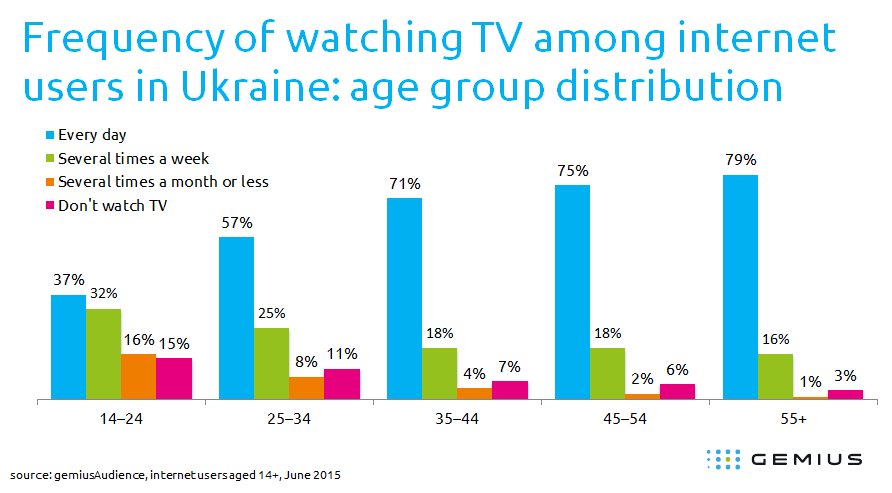 The analysis was performed on data for respondents aged 14–69, who responded to a question on TV  viewing frequency. The data comes from gemiusAudience, an international research project conducted by Gemius in around 30 countries in Europe, the Middle East and North Africa. It aims to determine the number and demographic profile of internet users and to learn about the ways in which they use the internet: websites, audio and video material, and applications. The research is carried out in compliance with the international code of conduct ICC/ESOMAR. More information about the study and its methodology can be found here: audience.gemius.com.