How much do men spend on online shopping? 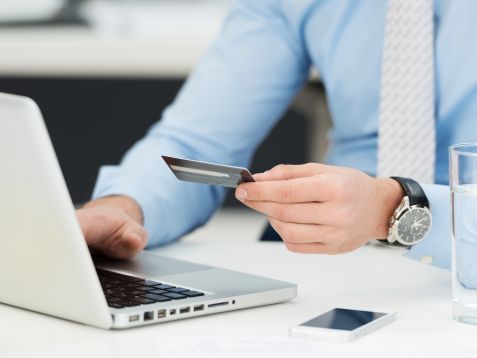 Almost half of men using the internet say they shop online. Over half a year they spend an average of PLN 129 on domestic electrical applicances, and an average of PLN 113 on telephones, smartphones and tablets. Want to know more about the male section of the e-consumer population? Check out the latest Gemius analysis.

According to the latest report on the e-commerce market, almost half of male internet users (47 per cent) are also e-consumers, and more than a quarter of males surveyed (28 per cent) propose that their expenditures on online shopping will increase within a year.

How much do they currently spend on online shopping? It turns out that, over six months, men allocated an average of PLN 129 to online shopping for domestic electrical appliances. Telephones, smartphones and tablets came in second (average PLN 113). On the other hand, on a monthly basis, they spend the most on shoes (average PLN 81).

Shopping plans for the near future

In this survey, respondents had the opportunity to indicate the products they intend to buy online. Men declared future online purchases in the majority of the surveyed product categories more often than women. However, the greatest difference was seen in three categories: cars and car parts (34 per cent of men and 17 per cent of women are considering a purchase), telephones, smartphones, tablets and accessories (38 per cent vs 25 per cent) and computer equipment (36 per cent vs 25 per cent). 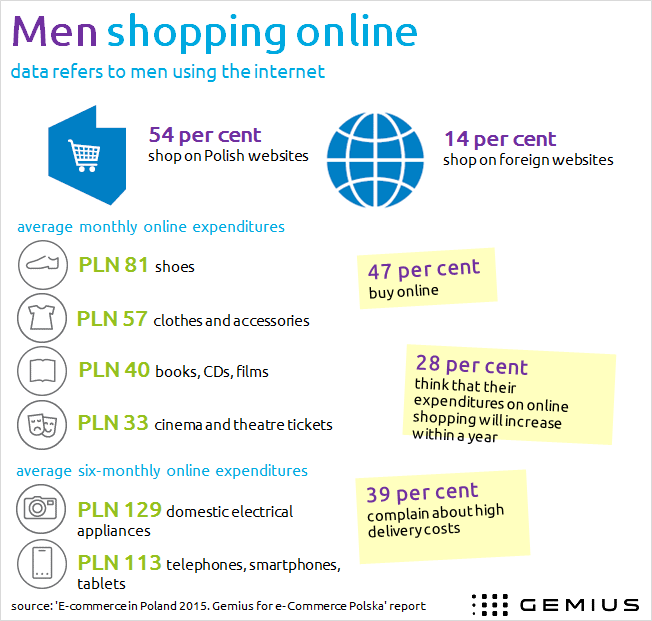