How long does an online advertising campaign last? 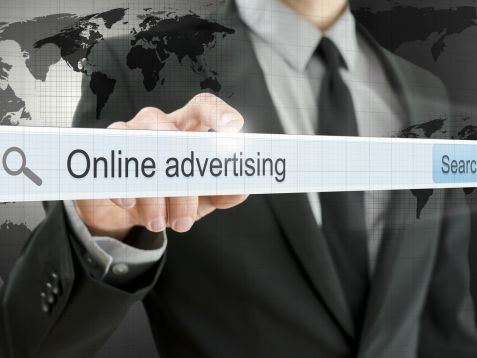 An advertising campaign in Poland is displayed 28 times to one internet user on average, but it last the longest in the Czech Republic – shows the latest internet advertising report on Central and Eastern Europe published by Gemius.

The most recent report includes analysis of data concerning a set of indicators that measure the size and effectiveness of online advertising campaigns. In terms of time range, the study covers the period between February and July 2014; geographically, it appertains to Central and Eastern Europe.

How many displays are noted per campaign?

The advertising campaigns recording the largest number of displays were served in the Czech Republic and Poland (on average, 20 m displays per one campaign). On the other end of the spectrum, in Slovenia, Croatia and Bulgaria, advertisers buy the least amounts of displays (2–3.5 m on average).

How many displays per internet user?

How long does an online campaign last?

The analysis shows that online advertising campaigns are displayed the longest in the Czech Republic. A campaign in that country stays active for more than three months (97 days on average). In Hungary and Slovakia, as well as Poland and Romania, ads get displayed within one campaign for nearly two months (on average 58-59 days). On the other hand, in Serbia, Bulgaria and Latvia, a typical advertising campaign lasts over a month (33-35 days). 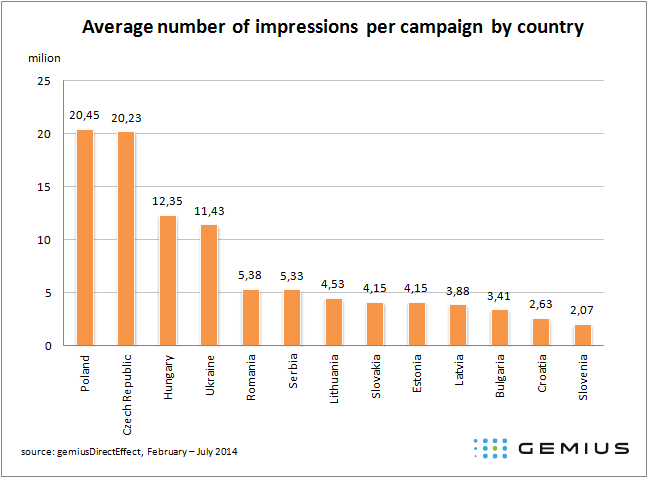 The data comes from gemiusAdMonitor, a report based on insight into the effectiveness of advertising campaigns conducted on the internet (gemiusDirectEffect) and data delivered with a tool for comprehensive management of ad space (AdOcean). The report covers 11 Central and Eastern Europe countries where Gemius is able to track at least 50 per cent of online ad campaigns, i.e. Bulgaria, Croatia, the Czech Republic, Hungary, Lithuania, Latvia, Poland, Romania, Serbia, Slovakia and Slovenia.