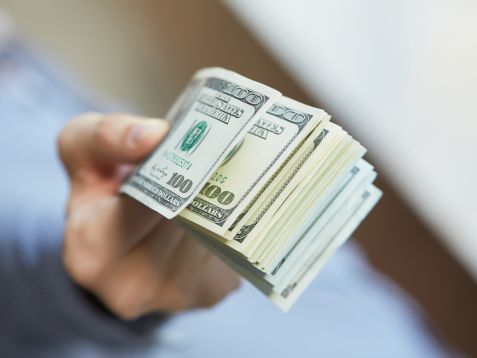 IAB Europe, the IAB and IHS Markit revealed their global figures for mobile advertising revenue today. The figures show that mobile advertising growth continues to accelerate and increased 60.5% to €63bn ($83bn) in 2016 from €39bn ($52bn) in 2015, driven by a mobile first consumer world and improving marketing technologies.

Mobile display continues to drive investment with the highest growth at 64.3%, whilst mobile search lagged slightly behind, up 61.1 per cent. Messaging grew by 11.2 per cent, as users continue to migrate from operator-owned messaging services to app-based messaging platforms.

Growth year-over-year was led by North America, with all regions seeing an increase:

Townsend Feehan, CEO of IAB Europe said - the latest Global Mobile Advertising Revenue numbers confirm that we are now in a mobile-first media consumption and advertising environment. Mobile continues to be at the forefront of digital advertising growth in Europe highlighting it as a priority for advertisers, agencies and publishers.

- These global figures reflect brands’ recognition that mobile is critical in reaching today’s consumers around the world - said Anna Bager, Senior Vice President and General Manager, Mobile and Video, IAB. - We’ve experienced skyrocketing growth for mobile advertising in the U.S. - with mobile capturing the majority of internet ad revenues for the very first time in 2016. With mobile taking this landmark lead in digital revenues in America, it is unsurprising to see an upward trajectory the world over.

- The global mobile ad market has not only benefitted from the rapid smartphone adoption in emerging markets but also better ad targeting capabilities in mature markets - said Qingzhen Chen, Senior Analyst, Technology, Media and Telecom, IHS Markit. - An influx of investments and partnerships for premium content and data collaboration between broadcasters and leading online platforms were the key drivers for the strong mobile growth. The Western markets were driven by several key markets but dominated by global players, whereas in APAC local players accounted for most of the growth.

- High double digit growth of 60.5 per cent in global mobile advertising was also fueled by continued improvements in advertising technology - said Kia Ling Teoh, Analyst, Technology, Media and Telecom, IHS Markit. - Standardisation of measurement has helped to better capture consumer interaction with mobile ads as media consumption increasingly shifts to mobile devices. This is particularly important in emerging markets where, for many people, mobile is the first and only means of accessing the internet.