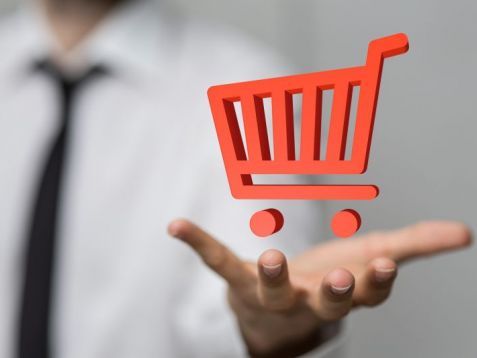 No-one in the German commercial sector has as many online video advert views as Ikea. Its creations are revealed in a Gemius study to have found an audience of 17.4 million internet users. This form of encouragement to buy is also used by hundreds of other retail firms, with their spots finding 42.9 per cent of online Germans.

Twenty-seven point seven million Germans is a large group of potential buyers. That is precisely the number of people – 42.9 per cent of German internet users – who watched some sort of video advertisement from a retail firm online (source: gemiusAdReal). The combined number of views for such spots exceeded 229.3 million. Gemius has analysed data for January of this year in order to find out which brands’ videos were most often viewed, and on which sites. The data relates to internet users in Germany in the 18–90 age range. 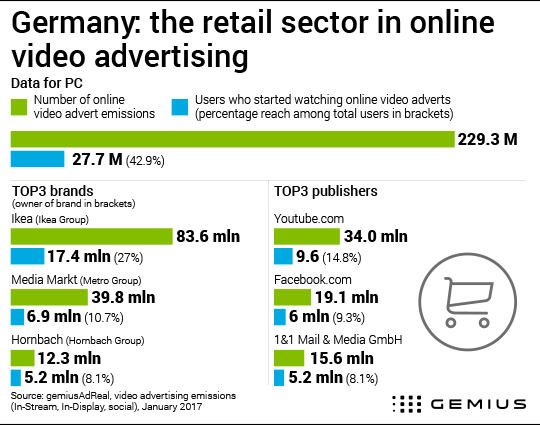 The Top 3 advertisers in this sector, i.e. those reaching the greatest number of users, consisted of big retail networks. First place goes to Ikea (Ikea Group), whose video spots were played by 17.4 million real users. That is 27 per cent of all German web users. Films advertising Media Markt (Metro Group) were in second place, but with figures less than half those of Ikea. They were played by 6.9 million (10.7 per cent) of Germans surfing the World Wide Web. Third place went to Hornbach DIY stores (Hornbach Group), whose offerings found their way to 5.2 million internet users (8.1 per cent).

Retailer video spots were most often viewed on Youtube.com, with 9.6 million online users. This means that 14.8 per cent of German internet users viewed online video adverts there. In second place was Facebook.com where 6 million real users saw retailer video advertising (a reach of 9.3 per cent). Closing out the Top 3 of publishers is 1&1 Mail & Media GmbH with 5.2 million users, and a reach of 8.1 per cent.