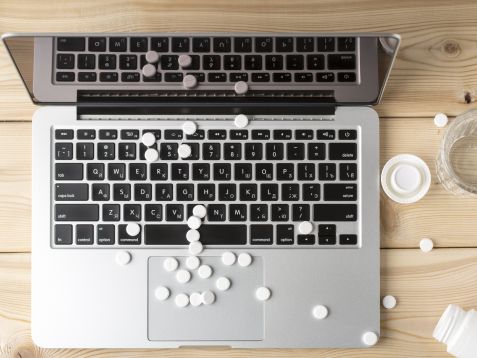 The winter viewing figures for cold and ’flu medicine ads outstripped those of other pharmaceutical adverts by an order of several times. In January they were displayed 67.5 million times, and in February 88.4 million times (source: gemiusAdReal). A study by Gemius detailed data on the five most heavily advertised pharmaceutical categories in terms of online videos, namely cold and ’flu medicine, painkillers, vitamins, and aids to digestion and smoking cessation. The study takes into account data from February 2017 for German internet users aged 18 to 90 on desktop and laptop computers. 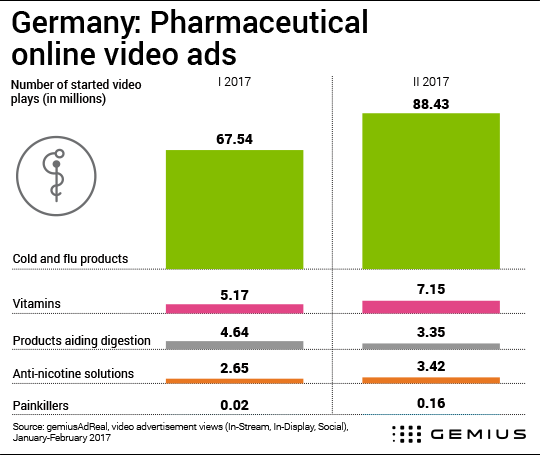 German stands out in region for campaign scale

Many European countries saw a cold-remedy promo offensive in January and February, but in Germany the campaign was of an exceptional scale. In February, adverts for this category of medicines constituted 86.3 per cent of the pharmaceutical ads most viewed by German internet users. In January the figures were slightly lower, at 84.4 per cent. By comparison, cold medicine ads on the Polish Internet in February made up 55.7 per cent of the most played pharmaceutical commercials, while in Russia the figure was 66.6 per cent for the same month.

The remaining pharmaceutical categories’ video ads watched by German internet users also feature vitamin spots, which in February recorded 7.1 million views on desktop and laptop computers. Aids to digestion were more visible in online video in January than in February, playing 4.6 million times. Video advertisements for pharmaceuticals supporting those quitting smoking were watched 3.4 million times in February. The listing also features painkillers, although their number of plays was negligible compared to the other categories, with a February tally of fewer than 200,000 views.