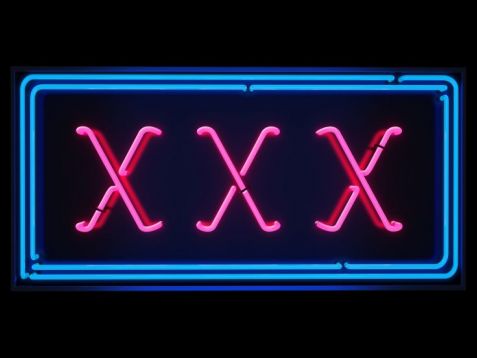 Detailed knowledge of consumer attitudes and habits is the key to successful business. If the target group in question is Generation Y, the distinctive features of their lifestyle and fondness of cutting edge technology, of the online world and e-commerce become decisive – says Mateusz Gordon, Gemius e-commerce expert.

Generation Y are the people born between 1980 and mid-90s. Some suggest this social group also includes individuals who are a few years younger. Upon a deeper consideration, it turns out that the generation is a strong target group for all consumer goods and an array of services. This leads us to realize the weight of the habits, lifestyle, and finally – attitudes and shopping preferences the group displays.

The generation born between 1980 and 1995 are by far more tech-savvy than their predecessors. They are young, receptive, and eager to embrace all new trends, including those key to business: leisure habits, concern with material goods, usage of new technologies and the internet.

Although generational features are mostly analysed in the HR context (loyalty towards employer, significance of perks and benefits, flexibility of employment, career development opportunities), these factors are strongly related to everyday purchase decisions and general lifestyle. As much as 71 per cent[1] of Generation Y believe that their employers' requirements conflict their personal life, and another significant share would be willing to trade some of their remuneration or quick promotion in exchange for a reduction on the amount of working hours. Their purchase potential is enormous. Highly focused on active leisure and work life balance, they are a perfect consumer group. Deeply engaged with the virtual world, intensely involved in online media, enjoying the web on varied devices. Their characteristics as internet users are food for thought, especially when their purchase or shopping habits, financial security and savings accumulation are concerned. The same is true for e-commerce: the scale and potential it holds for this group deserves some attention, as it turns out to be one of the channels they use eagerly.

The internet has become an information-gathering tool in terms of the services offered by financial institutions, but also as far as managing one's own assets is concerned (e.g. online bank accounts). According to Gemius[2] research, the web is the number one source of information on financial products (54 per cent in the age group 18-24 and 51 per cent in 25-34). In this context, young internet users, visit websites of banks and other financial institutions most often, and only then financial portals or websites. The real-life bank branches are not the favourite source of information (32 and 40 per cent in age groups belonging to Generation Y, respectively). The same goes for the traditional media (for TV this is 38 and 33 per cent, dailies: 15 per cent, and radio only 14 per cent in both the age groups in question). Sometimes the source of information is the family and friends (such recommendation is valuable for 33 and 23 per cent of the researched in the respective age groups).

From the perspective of financial institutions and banks, another important consideration is the fact that as much as 35 per cent of young internet users (both target groups discussed) look for offers by typing in phrases in the search bar in their search engine, or by specifying the www address they have seen in an ad (28 and 27per cent, respectively). This is an interesting trend in the shifting consumer interest and initiating consumer interaction stemming from the actual online presence and availability of a product.

The consumer group analysed – Generation Y – perfectly fits in the e-commerce trend. In Poland, this market is skyrocketing, at 25 per cent a year. The increasing value of e-commerce is mostly attributed to consumer behaviour patterns seen in this group: on the one hand characterised with considerable purchase potential (income), on the other – highly knowledgeable of the internet buying rules and tools, and most of all, keen on mobile devices.

According to Gemius[4] research, it is the financial standing of consumers that has most profound influence on the shopping and consumption enthusiasm. The higher the status, the more positive attitude towards shopping in general, online included. Still, the most important criterion for choosing e-commerce channels, as declared by internet users, is the lower prices (84 per cent in target age groups 20-24 and 25-34[5]), as well as economizing on time and comfort of shopping (67 and 69 per cent, respectively), and free delivery (35, 41 per cent).

The online when and why

At the same time, similar arguments would sway the Generation Y consumers to shop online even more. Lower prices would be an incentive for 21 per cent of users between 20-24 years old and 17 per cent of 25-34 year olds (20 per cent in both these groups would do more online shopping if the costs of delivery were lower). Above all, the factor that would most effectively persuade users to intensify their e-shopping spending is better financial standing (24 and 29 per cent, respectively).

Naturally, the consumers we analysed are very eager to take advantage of any promotions or other forms of preferential online offer. What attracts them most? First and foremost, regular promotions and sales (79 per cent in age group 20-24 and 73 per cent in 25-34), special price offers for sets of products (36 and 48 per cent, respectively), 2+1 free type of promotion (42 and 46 per cent ), special seasonal and occasional promotions such as Valentine's Day (24 and 25 per cent) – the former type of promotion proves most effective in teenagers, reaching a staggering 43 per cent among 15-19 year olds.

***
When planning marketing and sale activities aimed at Generation Y, it could be worthwhile to ponder at what stage of life a a particular industry type related consumer may currently be. For instance, the potential of Generation Y representatives hold for insurance companies is huge. In order to tap into this potential in possibly most effective way, the companies should segment clients according to their social features that could in future entail higher income, such as their educational background. The case is different when considering clothes retailers. These e-stores are most popular with youth. They do not have to be attracted to the shop any more, they should be persuaded to buy more. Stationary products is yet another story. Young people need them most when attending school. Beyond that period, the shops offering colourful notebooks and pens should focus only on maintaining good relations with clients - rather than invest in this group of consumers at all cost.