Who are the internet users in selected European countries? 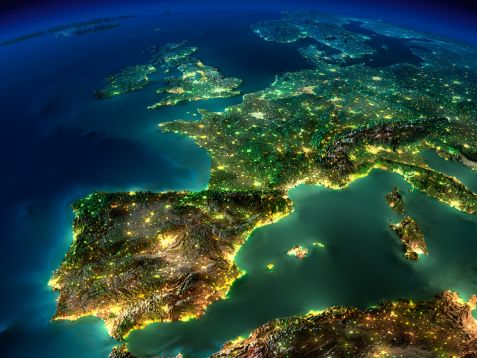 In Estonia, 86 per cent of population uses the Internet (PC), in Czech Republic 75 per cent, and in Poland 74 per cent. What are the statistics in other countries? Check and compare the most recent Gemius data on internet users in different local markets.

Gemius has verified who actually uses the Internet in 12 European countries, including: Bulgaria, Croatia, The Czech Republic, Estonia, Hungary, Latvia, Moldova, Poland, Romania, Serbia, Slovakia, and Ukraine. The analysed data provides information on who uses the Internet and what the percentage of internet users is in particular countries.

The Estonians are most connected

Estimates show that the country with the highest percentage of internet users is Estonia. 86 per cent of Estonians are active online (source: gemiusAudience). The other two most connected nationalities are Czechs and Poles. Only one in four citizens of these countries between 15 and 69 years does not use the Internet. On the other hand, Romania is the country with the lowest percentage of internet users – 58 per cent. 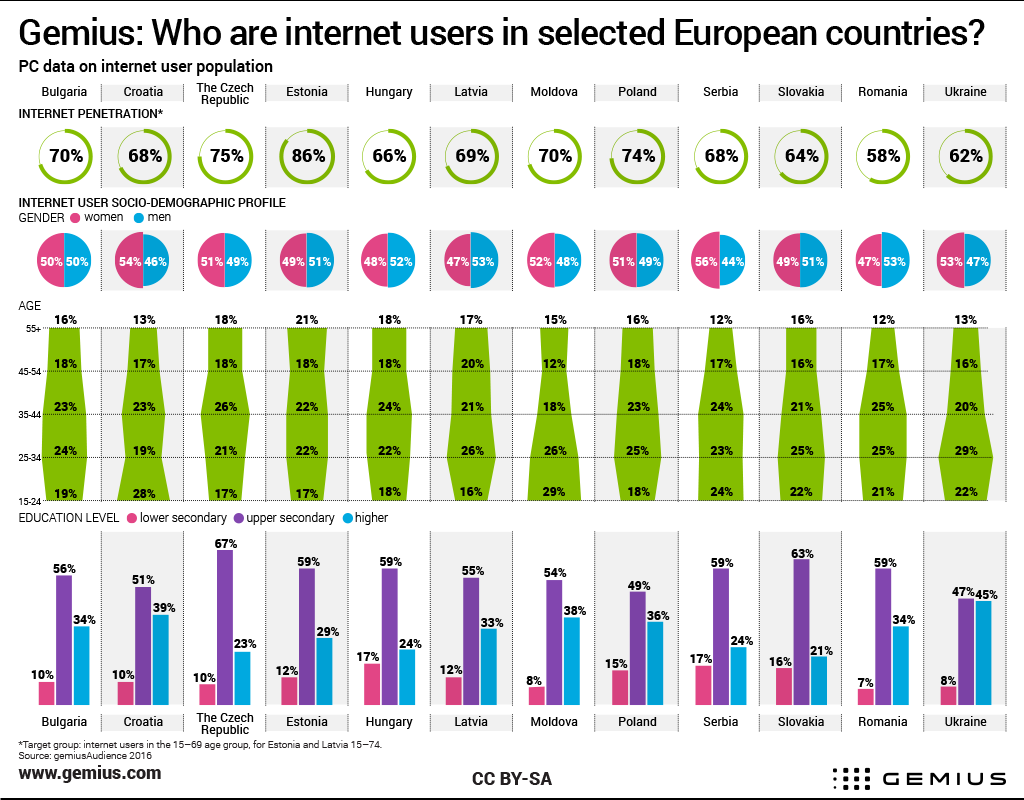 In Moldova, Internet more popular amongst the youth, while in Estonia, more 55+ users

The Gemius data shows that Moldova is the country where 15-24-year-olds make up the largest group of internet users – 29 per cent. On the other hand, the largest group of users on the Ukrainian Internet are people between 25 and 34 – 29 per cent. Who are the internet users is other countries? One in four Czechs who uses the Internet is 35-44 years old, one in five Latvians is 45-54, and one in five Estonians is at least 55 years old.

The analysis looks at traffic on PCs.