The latest report on the e-commerce market prepared by Gemius for e-Commerce Polska shows that one in five internet users who shop online have bought food products online at least once (21 per cent). These purchases are made significantly more frequently by women than men. Products in this category are also of greatest interest to e-consumers aged between 35 and 49 and people with a higher education.

Tesco and Alma most popular 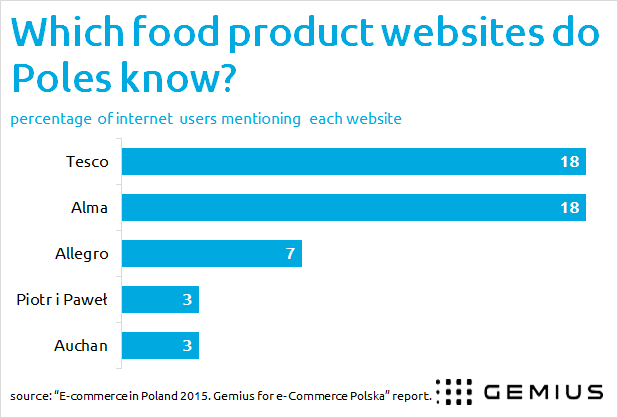 It also turns out that almost one in ten Polish internet users (nine per cent) has purchased food products on foreign websites in the past. In addition, one in four (25 per cent) is planning to make such purchases in the future.