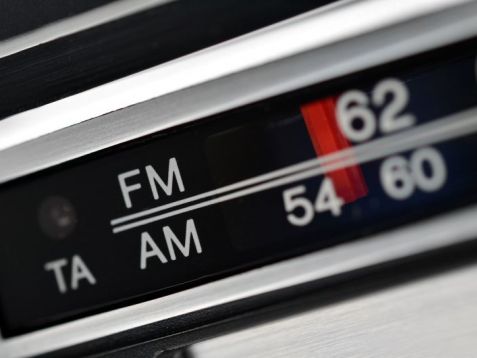 ESKA, Polskie Radio and TOK FM are the Polish radio stations whose websites are visited by the largest number of internet users. Among the visitors to the Eska.pl portal, the prevailing group are women, while Polskieradio.pl and Tokfm.pl are preferred by men. An expert believes this proves how effective marketing strategies based on tailoring content to customer need are.

“Most often, the internet users who enter radio stations’ websites have access to the traditional broadcast. They use the tried-and-tested formats even though the web offers channels providing ambitious music that cannot be found on any radio - says Andrzej Grapich”.

In the analysed period, the websites were visited in total by over 23 per cent of all internet users. Averaged data for the these portals combined show that women prevailed in the audience (51 per cent of viewers), so did persons aged 15-34 (61 per cent), internet users with secondary, post-secondary or incomplete higher education (37 per cent) and persons holding BA or MA diplomas (28 per cent). In February 2013 the radio stations’ websites were visited more often by Poles living in the country (almost 32 per cent of all online population) and inhabitants of cities over 500 thousand (nearly19 per cent).

“Most often, the internet users who enter radio stations’ websites have access to the traditional broadcast. They use the tried-and-tested formats even though the web offers channels providing ambitious music that cannot be found on any radio,” comments Andrzej Garapich, President of Polskie Badania Internetu, expert on electronic media and the internet.

In his opinion, the fact that 95 per cent of internet users enter websites of traditional radio stations cannot be ignored. “On the one hand, this may be indicative of the  internet users being lazy, because searching sophisticated content takes time and insight. On the other, this shows that the stations broadcasting over-the-air, in spite of the emerging online competition, still hold the ground, which is credited to their skilful adaptation to customer needs,” Garapich explains.

The analysis also allows to identify those of the researched websites that attracted the largest number of internet users. On top of the list - Eska.pl, visited by nearly 1.7 m people, followed by Polskieradio.pl and Tokfm.pl. In the studied period these two were entered by 1.2 m and 700 thousand web users, respectively.

It further turns out that Eska.pl was most popular among women (58 per cent of the portal’s online audience), individuals aged 15-24 (41 per cent), persons with higher, secondary, post-secondary or incomplete higher education (38 per cent). The websites Polskieradio.pl and Tokfm.pl mostly enjoyed male interest (men accounted for 54 per cent and 64 per cent), persons aged 25-34 (30 per cent and 35 per cent) and audience with university diplomas (37 per cent and 55 per cent). While the most numerously represented group on Eska.pl and Polskieradio.pl consisted of persons living in the countryside (30 per cent and 27 per cent, respectively), Tokfm.pl was predominantly visited by inhabitants of cities with population larger than 500 thousand (33 per cent).