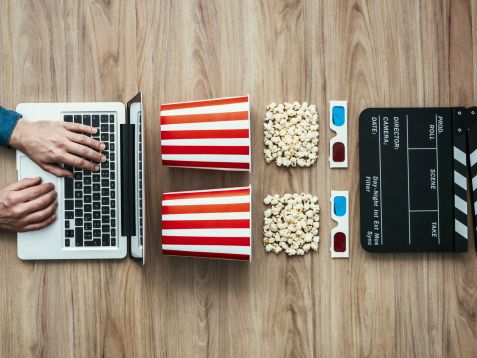 Over the past two months, Netflix online video adverts were viewed 79.9 million times, mainly on Facebook (62.5 million views) and on YouTube (17.4 million) (source: gemiusAdReal). In February, this sVoD provider’s commercials reached 4 million web users in Poland, and a month later this figure was almost 10 million people.

Netflix has a strategy grounded in the latest digital trends and globally unified across all markets. Its video spots, as with movie distributors, are simply movie trailers, enticing internet surfers towards the sVoD provider’s productions. The American giant invests in American publishers. It also buys media on other markets in a similar way, such as in Germany, where Gemius also does gemiusAdReal research. There, however, Netflix is competing primarily with Amazon Prime. It is worth noting that for some time Netflix has been using the square format dedicated to the mobile channel. It reaches primarily 20- to 40-year-olds with alternative media-consumption habits, whose withdrawal from traditional television we have been witnessing for some time.

Meanwhile, looking at the Showmax strategy, we must first remember that in Poland they launched only this year, so several months later than Netflix. At first, Showmax focused on promoting its brand and explaining what it is, and then on teaser ads. It also had a completely different media presence strategy than its rival, not focussing on Facebook or YouTube, and so secured longer ad display times in web users’ field of view – of as much as 13 seconds. The comparable figure for Netflix was 6 seconds. Showmax’s alternative strategy, which differed from those of other sVoD providers, may have paid off ─ bypassing the customers which Netflix had already convinced and who would certainly find it difficult to terminate subscriptions or opt to pay for two platforms.