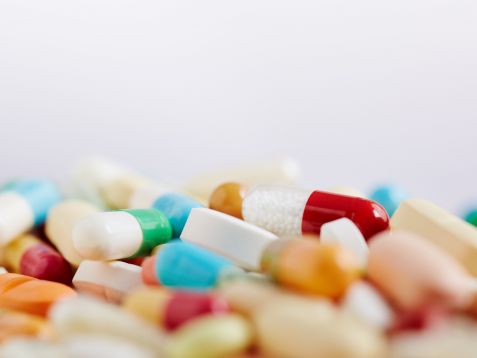 Polish e-pharmacies are visited by one in ten internet users. More than half of them are women, according to the most recent study conducted by Gemius. Read on to learn more about its findings.

E-pharmacies are a money saver, according to a report published at the end of 2014 by Opineo.pl, an online store evaluation website. A clear difference in price can be observed mainly in terms of non-reimbursed medicines, dietary supplements and dermo-cosmetics. Gemius decided to find out who visits the online pharmacies most often among Polish internet users. The analysis covers data from January 2015. 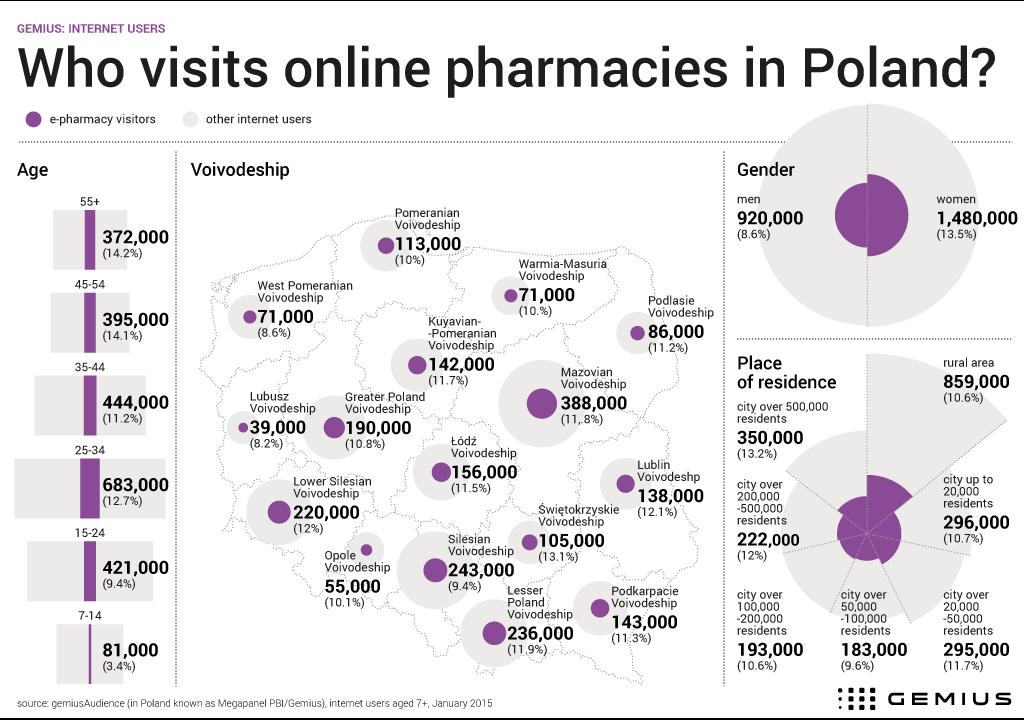 One third of online pharmacy visitors are aged 45+

The analysed websites are most visited by internet users above 45 years of age. In January 2015, their number amounted to 760 thousand, accounting for one third of all visitors to online pharmacies. In comparison, they constitute a quarter of all users surfing the Polish internet network.

The data comes from gemiusAudience, an international research project conducted by Gemius in around 30 countries in Europe, the Middle East and North Africa. It aims to determine the number and demographic profile of internet users and to learn about the ways in which they use the net: websites, audio and video material, and applications. The research is carried out in compliance with the international code of conduct ICC/ESOMAR. 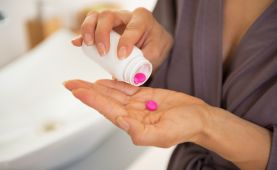 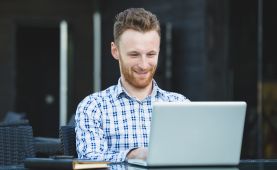