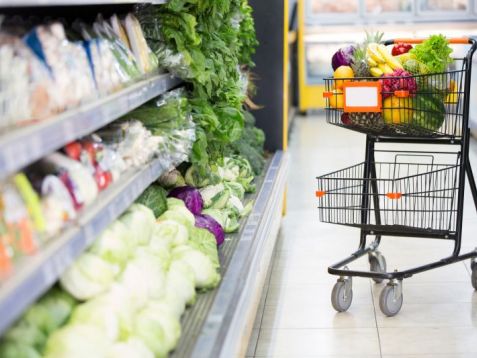 This is almost twice more than last year and threefold the result for two years ago. The average grocery bill at an e-store in Poland is PLN 70 – a Gemius report for e-Commerce Polska shows.

The latest research on Polish e-commerce suggests that 24 per cent of internet users do their grocery shopping online. It's rather women (26 per cent) than men (23 per cent). Most often the users hold a degree (29 per cent) and see their financial standing as average or more (49 per cent).

"As recently as two years ago, 8 per cent of internet users declared they had had some experience with online food shopping, and a year later it was 13 per cent. This year a quarter of internet users claimed they chose e-stores when buying food, and every third intends to do so in the future - says Patrycja Sass-Staniszewska".

"As recently as two years ago, 8 per cent of internet users declared they had had some experience with online food shopping, and a year later it was 13 per cent. This year a quarter of internet users claimed they chose e-stores when buying food, and every third intends to do so in the future" says Mateusz Gordon, e-commerce expert at Gemius. "On one hand, this is an opportunity for Polish e-businesses selling food online, but also a considerable challenge. A competitive advantage may be attained by those who will be alert to the moves made by their competitors, compare against them, but also adapt their websites to the needs of e-customers" believes Gordon.

Three most often spontaneously named grocery e-store brands are: alma24.pl (17 per cent), etesco.pl (16 per cent) and e-piotripawel.pl (1 per cent). The respondents get their knowledge about the offered range of products from their family, friends and acquaintances (85 per cent of internet users), Google search (83 per cent) and e-shop websites (78 per cent).

"One crucial factor that may sway internet users' willingness to shop for grocery online is the opinion of other users who already have the experience" comments Patrycja Sass-Staniszewska from the E-commerce Chamber. "This is the reason why the e-businesses who want to be successful should pay extra attention to e-customer care. Internet users want clear information on the details of delivery, quality of the produce, options to take if a product is not available" Staniszewska elaborates.

The research also provides information on the amount the Polish users spend on grocery products online. It turns out to be PLN 70 on average, with men spending PLN 93, and ladies PLN 52.

"The game is definitely worth the candle" notices Michał Kot, Research Director at IIBR. "Grocery e-stores hold enormous potential and should look up to these product categories that now enjoy the greatest popularity, i.e. apparel, books, CDs and films, household goods" the expert believes.

The aim of the research was to learn about the attitudes, habits and motivations related to online shopping. The project was carried out with the use of CAWI (Computer-Assisted Web Interview) on 1500 internet users aged 15 +. The data was gathered between 26 February and 7 March, 2014.

The quoted results come from the report titled "E-commerce in Poland 2014. Gemius for e-Commerce Polska", which is to be published soon at: www.gemius.pl and www.ecommercepolska.pl. 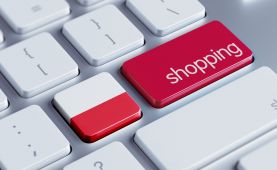