Valentine’s Day, observed on 14 February, is a good occasion to reveal your feelings to a sweetheart. Today, the search for the other half is often done online, also on dating websites. Gemius has decided to check which of them enjoy the greatest popularity in six countries where the company conducts local and global websites’ measurement. The analysis included data from the period between November 2013 and November 2014 and concerned internet users aged 18–69. 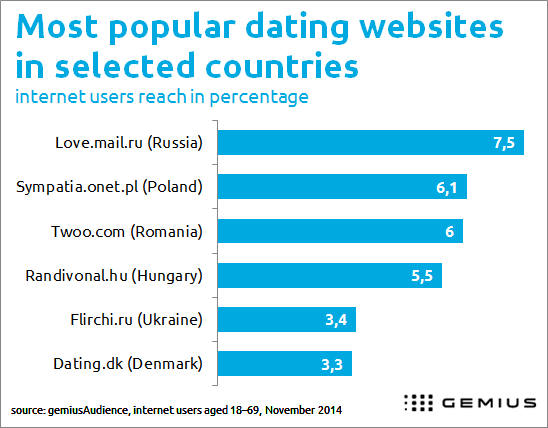 It turns out that: