For the third year in a row Gemius has won at the IAB Research Awards organised by the European online industry. The company was awarded the statuette for technology which provides comprehensive analysis of the online advertising market.

The winners were announced on May 23rd at the Interact conference in Amsterdam. Gemius won with its gemiusAdReal study. The winning research produces data on how internet users watch ads. It allows publishers and advertisers to see what kinds of online advertising their competitors are conducting. In the final, Gemius was competing with four companies.

‘It is a source of pride for us that the company's solutions have once again received international recognition,’ says CEO of Gemius, Piotr Ejdys. ‘We are very pleased that gemiusAdReal technology has been so well received by the industry. Thanks for this IAB Europe award go first and foremost to the employees at Gemius, who have contributed together to the success of the company,’ Ejdys adds.

The CEO of Gemius emphasises that a tool like gemiusAdReal, which provides comprehensive measurement of the Internet advertising market, including Facebook and YouTube, has not yet been produced by anyone else in the world. ‘This year we will develop technology for measuring online campaigns with other key media, which is to say television and radio. This will give our customers a full picture of the advertising market, regardless of medium or device. Soon we will be able to present it to the industry,’ says Ejdys.

The statuette was accepted on behalf of the company by Vesna Gordon, director of international sales and marketing at Gemius, and Marta Sułkiewicz, responsible for the development of gemiusAdReal study.

The statuette in this year's edition of the competition is now the third Gemius award from the European online industry. For three years in a row now, the company has consistently won at the IAB Europe competition. In 2016, Gemius won the prize for best research project which produces daily webpage view data overnight. In 2015, it was recognised for a methodology allowing publishers to discover their total reach across all devices. 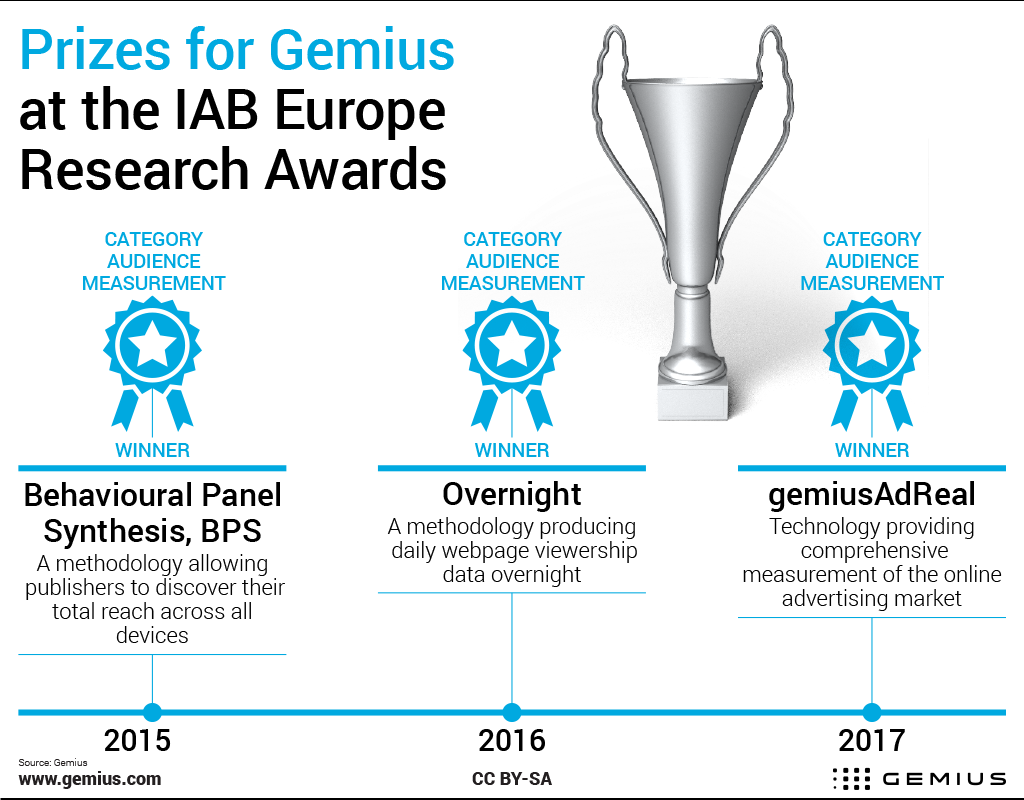 In 1999 Gemius began in a Polish backyard as a start-up, to now – eighteen years later – be setting the trend and creating innovative solutions that are being used by companies around the world. Gemius technology is currently being used in more than 30 markets in Europe, the Middle East, Africa and Asia. Recently Gemius began measuring the advertising market in Germany. 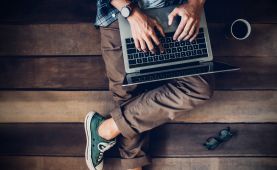