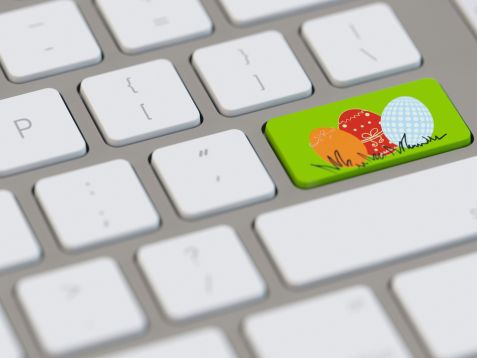 Netto’s Easter ad is a great example of using video on Facebook and YouTube, where the advertiser pays for the start of the play, with a threshold of 3 or 5 seconds. Investment in the creative layer and a suitably interesting, captivating start can lead to long, unconstrained viewing times, and is repaid with viral video sharing by internet users. Feeding social media with emotions at the best possible moment, just before the holidays, it brings to mind the famous Allegro campaign that created a sensation before Christmas. The ad has no textual layer, relying on music, which is especially important for the way in which we consume social media nowadays. The hashtag #DerWahreOsterhase and the subtle branding are only shown right at the end of the ad. The brand’s operations are targeted 100% towards the digital channel. Two weeks after its publication on YouTube, the video had more than 8 million organic views. Furthermore, the gemiusAdReal study for the week 27 March – 2 April 2017 showed 2.8 million paid plays on YouTube, lasting an average of 27 seconds. Meanwhile, Facebook saw 14 million plays lasting an average of 6 seconds in the field of vision, with less than half of the views exceeding the paid threshold of 3 seconds.

Milka ad on TVN in Poland and RTL in Germany

The Milka advert – also beautifully made, showing emotions and values, telling an interesting story – represents the traditional approach to media purchasing. The Easter bunny ad has a classic “television” length of 20 or 30 seconds, depending on the market. The video has been shown in Germany on the RTL-owned website Tvnow.de, complemented with plays on Huffingtonpost.de, Msn.com, and a small number of plays on YouTube. In Poland, the campaign was available on websites belonging to Grupa TVN. The Milka ad had far fewer internet user views than Netto, and their strategy involved a number of different ads promoting the brand’s Easter products. The campaign received huge support from other media. The average contact time with the ad in the field of vision is high, because there is no option to skip the video. Showing the ad through traditional broadcasters carries a higher cost to reach customers, with the advantage of longer viewing times, as well as greater control over context.

This is the reason for the retreat of large international companies from YouTube, which has been observed since March this year. Due to the many offensive films alongside which their ads have been shown, giants such as McDonald’s, Johnson & Johnson and General Motors have announced a global withdrawal of their ads from YouTube. This will certainly be important for Google’s results, in both the US and Europe, in the coming months.

Which Easter bunny will Germans favour this Easter? It has probably already decided. The viral effect and a good content marketing strategy that develops publicity, combined with an ingenious story that subtly relates to the political context, was a bull’s-eye.
On the other hand, which medium will be considered by advertisers as safe to promote chocolates and other products for children, and will the ‘Premium YouTube’ option be enough to reassure the advertisers? We'll find out in the coming months.