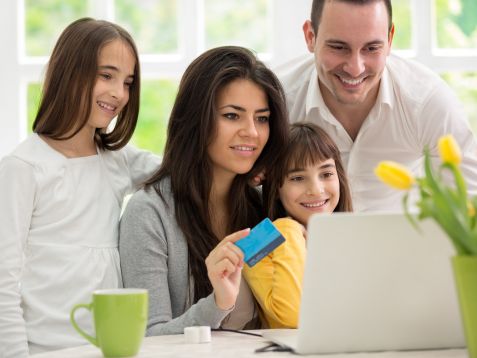 The largest number of e-clients is found in Poland. In the Czech Republic, e-commerce related websites are most often visited by young people, while in Hungary, the audience is the oldest. Gemius has analysed e-shop traffic in Central Europe.

Gemius has inquired into the e-commerce websites traffic (i.e. e-stores, online auctions, price comparison websites, opinion services, group shopping or e-malls) in Poland, Hungary, the Czech Republic and Slovakia. The analysis concerned data from August 2013. It turns out that in all these countries such services are greatly popular. The nation most interested with e-shopping is the Poles. Over 80 per cent of Polish users visited sites related to e-commerce. In the Czech Republic, it was 54 per cent, in Slovakia 51 per cent, and in Hungary nearly 44 per cent of internet users.

"Still, not many e-shops have mobile versions, enabling tablet and smartphone owners strike transactions easily. The problem, then, stems mainly from the lack of appropriate e-traders' infrastructure, which hinders the outburst of the m-commerce potential - says Mateusz Gordon".

According to Mateusz Gordon, e-commerce expert at Gemius, these numbers are promising, but the e-commerce boom is still ahead of us. "Still, not many e-shops have mobile versions, enabling tablet and smartphone owners strike transactions easily. The problem, then, stems mainly from the lack of appropriate e-traders' infrastructure, which hinders the outburst of the m-commerce potential" Gordon believes.

The analysis also shows that in Slovakia and Hungary, most e-shoppers fall into the 25-34 year-old group (almost a third of internet users at this age from these countries visit e-commerce websites). In Poland, on the other hand, such sites are predominantly within the interest of youth. Every third internet users from this country who browses online shops is less than 25 years old. On the other hand in the Czech Republic, pages related to e-shopping attract more than one-fifth of Internet users aged both 12-24 years and 35-44 years.

Gemius has also checked in which of the countries e-commerce is popular among older internet audience. It occurred to be Hungary and the Czech Republic, where in August 2013  e-stores were visited by about 15 per cent of internet users at 55 or older. The smallest group in this age category was noted on Slovak and Polish e-shopping sites: within the analysed period, the offer of these stores attracted every tenth senior e-citizen.

"It comes as a surprise that, despite the similarities in the path of their development, the Central and East European countries remain largely varied in the way the transacting potential of the internet is used" comments Prof Grzegorz Mazurek of Kozminski University, the best business school in Poland, head of post-graduate courses in e-commerce.

The report was compiled based on data for August 2013 and in case of Czech Republic, Poland, Slovakia, and Hungary. The data quoted originates from an international internet study measurement (gemiusAudience) conducted by Gemius in more than 30 countries. It aims to research into the number and demographic profile of internet users and the manner in which they utilize the web. The study is performed in accordance with the ICC/ESOMAR international code of conduct.