Breakthroughs in Polish social media in 2015 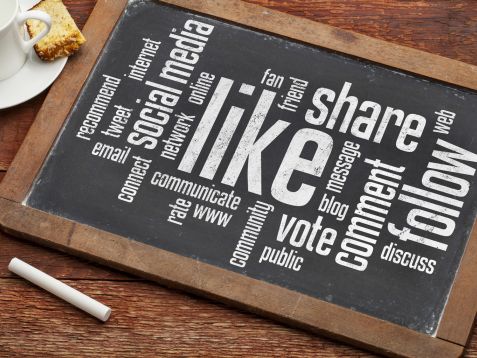 What changes did 2015 bring to social media? Dominik Wieprzowski, business analyst at Gemius, answers this question.

The best way to begin is with a controversy. Despite all the important events that took place on social media in 2015, the Event of the Year should go to the social response surrounding the earthquake in Nepal. Undeterred by numerous complaints, the feature introduced by Facebook showed that social networks in the future could prove to be extremely useful in saving human lives. Even though the event was tragic, it is worth mentioning that large-scale tests are a first step in empowering social media in becoming something more. Not only as a tool to promote social interactions, but also to help save lives. There is no doubt that society has yet to grasp the existence of new opportunities, especially considering the number of instances of immature behaviour it may trigger, before such a feature will reach its full potential.

Success of the Year

Pinterest. While it is not yet a highly popular medium in Poland, abroad, Pinterest is trending as a more and more influential mainstream social media platform. Despite the simplicity of the idea behind it, Pinterest is extremely successful at forcing its way into the minds of social media consumers.

The online operations of Wykop.pl during the presidential campaign. Unfortunately, as a passive observer of these events, I was surprised at the level of miscomprehension of the mechanics and specifics of the said website, both with regards to candidates/committees active there, as well as some of its users. I am aware of the fact that in every group there are individuals who do not know how to manage a civilized discussion; however, I do not understand how they could not have jumped at an opportunity to capture the essence of candidate’s programs, and try to understand the nature of a person who is usually hidden behind billboard slogans. Instead, they used oppressive questions, for which there was no good answer.

Man of the Year

Fashion bloggers. Although I am not in their "target group” and I use all possible filters to shield against unwanted and attention-grabbing messages, I am not capable of fully protecting myself against being constantly informed about new Polish bloggers. Frankly, I have to acknowledge the great success they have achieved – they are a vast presence on internet media and are gradually beginning to grow roots in the broadly understood mass culture. While their message does not appeal to me, their successful self-promotion on social media is definitely admirable and has made them recognizable even among ordinary people.

Trend of the Year

The even greater importance of video content – the major trend that will continue to spread across not only social media, but also the internet as a whole. Vloggers, steamers and other internet users of this sort are already gaining popularity and can compete with celebrities. This trend will only continue to grow. While I do not predict that ordinary people will switch to this media format, those who want to become popular on social media will need to explore the possibilities of video content.