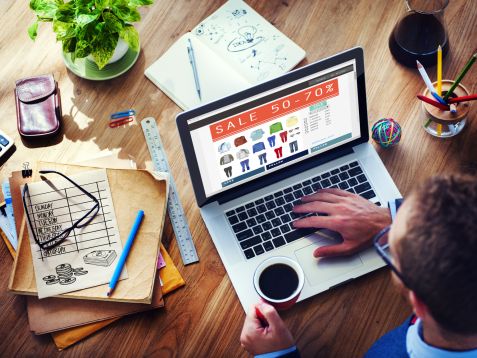 What changes did 2015 bring to the online advertising market in Poland? Krzysztof Łada, head of the agency relations team at Gemius, sums up the main events of 2015.

The event of the year undoubtedly goes to the contest organized by PBI Sp. z o.o. Especially from the perspective of a research market participant, it was a key event because, after a stagnant decade, it will bring a very significant change. Everything seems to indicate that from the beginning of the new year, there will be two research types available. However, in order to be able to analyse the new situation more time has to pass, which will in turn show how the market will respond to a completely new research project conducted by PBI in cooperation with GFK, or to potentially revolutionary new products offered by Gemius. Most certainly the summary for 2016 will bring many interesting conclusions after a year of substantive competition  between two standards. However, for the time being, we do not know much.

Equally important; however, was the withdrawal of Flash. After years of ruling in online advertising, it disappeared almost overnight. We will all keep it in our memories. Some will be good, some bad. Some of us will probably even shed some tears. Time, however, never stops. The King is dead, long live the King! Now we will all fall under the gracious rule of HTML5. At least until a new ruler replaces it…

2015 was another year of dynamic changes in the Polish online market. However, there was one group of users who coped particularly well in this new, difficult environment. The Wirtualna Polska Group, combining a strategy of targeted acquisitions with the internal development of product categories, not only achieved and maintained its leadership position, but also rebuilt the image of a dynamic creator of market changes and trends. These achievements deserve the title of success of the year; and the captain behind the steering wheel, Jacek Świderski, is in my eyes the man of the year.

According to the principle that we should first look to our own mistakes when striving for excellence, the title of the failure of the year should go to the results of a tender held by PBI Sp. z o.o. that put an end to its further cooperation with Gemius. After nearly ten years of co-creating the advertising market, it certainly brought us back to earth. We at Gemius; however, know how to draw conclusions and change for the better. With the changes implemented in our new research project, we got back on the path of innovation; and in 2016, as an independent research company, we will provide the best audience research available on the market.

One of the important events of 2015 was the transition of clients to new media houses.  A few crucial clients, such as Nivea, Polkomtel, Orange and Unilever, decided to check the validity of the saying: "the best is the enemy of the good". Although we got used to certain relations over the years, there is nothing particularly groundbreaking about it. From time to time, clients switch media houses: and it does not stop the market from going forward.

2015 was also, as was 2014, a year of consolidation. The race for the position of leader in general classification and in specific categories continues. Onet – RASP went up (although probably not as much as expected), thanks to the acquisition of Nasza Klasa; Bonnier Business Polska went up in the category of business, finance and law, thanks to the acquisition of Bankier; and Xevin will not be “home alone” anymore during the upcoming Christmas holidays, as it will be accompanied by millions of GG users.

Media strategies are also undergoing changes. In a flood of aggressive advertising of decreasing effectiveness, the solution could be content marketing.  It certainly will not win over traditional banners, nor will it replace them. However, it might bring a breath of fresh air to internet users who are tired of other forms of advertising, and, with an appropriate strategy, produce very tangible results. Many clients have already fallen in love with it and the rest will have to settle for a marriage of convenience.

The role of video in online campaigns is also growing. More and more clients are starting to realize that the internet can be used to effectively extend their reach in their target groups, and in addition, provide data unavailable for TV. Clients also appreciate the strategy of integrated actions across all media channels. More and more video content can be purchased in automatic models. These factors and others prove that the past year has brought us unprecedented increases in expenditures on online video advertising.

The role of in-depth analysis in planning is growing. This trend was not particularly intense in 2015, but certainly very significant. It concerns the in-depth analysis of various sources of activity on clients’ websites. More and more clients understand the importance of investing in attribution model analysis and this awareness surely pays off. In the next year we will certainly observe the dynamic growth of this field, which, combined with the development of programmatic, will effectively change our understanding of media strategies. 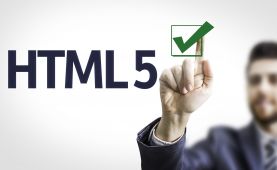 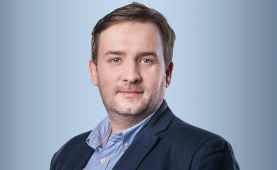