Breakthroughs in Polish blogosphere in 2015 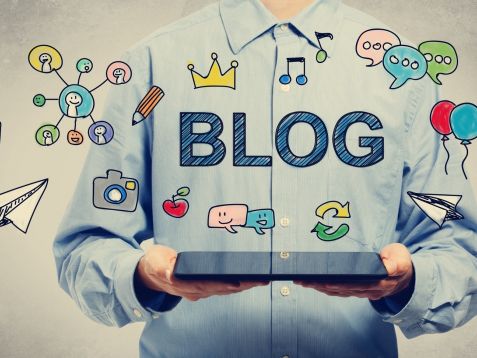 Krzysztof Majkowski, head of the Gemius consulting team, sums up the main events in the Polish blogosphere for 2015.

In my opinion there was nothing revolutionary enough to be hailed as the event of the year, in the Polish blogosphere. The continuing trends were observed as before. Blogs have long stopped being considered diaries and are now much more professional.  An increasing number of bloggers earn money from running them and frequently turn towards video content. They experiment with new ways of reaching the audience, for example, with the use of Snapchat. Some of them publish books, others, guides. The importance of blogs, or rather individual bloggers, grows as their opinion-making potential increases. It is; therefore, worth  mentioning one event that could be called “the event of the year”.

There was one speech that was of particular importance for the blogosphere – the one made by Karol Paciorek at the InternetBeta conference – where he raised the issue of the responsibility of bloggers, who greatly influence the attitudes and opinions of their audience. It seems rather obvious, yet some still refuse to notice it, or are not aware of it.

The more professional bloggers become, the more they become celebrity-like; the more involved they are in other activities apart from blogging, the harder it is to talk about successes and failures: especially since it is not entirely clear where the boundary lies between a blogger, a celebrity and a journalist. There is also the question of how to measure success. By the number of followers? Well, in this respect, Maffashion deservedly wins yet again. By the number of advertising campaigns? By media popularity?

For me, the undisputed winner is video content. An increasing number of bloggers switch to this channel or start their journey from here. The only question is whether we can still call them bloggers in the strict sense of the word.

Perhaps it should not be perceived as a complete failure; however, despite the trends I referred to above, I feel that blogging has not changed at all, and offers nothing particularly revolutionary. It might not be a failure as such, but a result of the evolution of this medium and the people who create it.

Their channels of communication change, as bloggers explore, for instance, the potential of Snapchat. However, I still have the impression that we witness the same thing over and over again, only on a more and more professional level, with more or less successful attempts to come up with something new.

Man of the year

To reach the top is easier than to stay there. Nothing new here – Julia Kuczyńska.

The Polish blogosphere evolves and becomes more and more professional. Paradoxically; however, the more professional, influential and popular bloggers become, the more they move away from blogging. The question arises as to whether such persons can still be called bloggers, or have already become celebrities. The line between a journalist and a blogger becomes blurred, as well as between the blogs themselves and theme-oriented websites.

In short – the main trends will continue into 2016. More videos. More experimenting. Last year, Vine was the "next big thing", now it is Snapchat. In six months, it might be something completely new. Being active in a larger number of channels – because it is no longer enough just to run a blog. An even greater level of professionalism and more difficulty for new bloggers to start. Increasing stratification of the income of the most popular bloggers versus those less known. 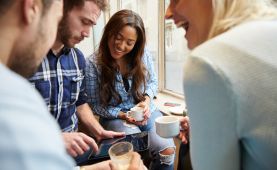