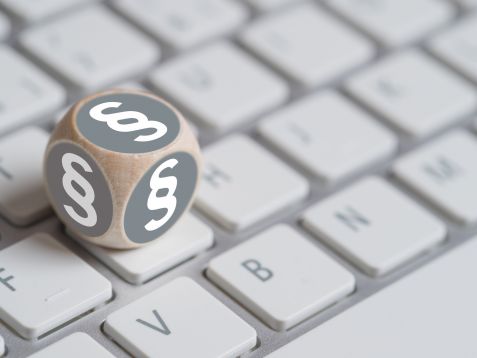 Małgorzata Jankowska-Blank, head of the legal department at Gemius, sums up the most crucial legal issues relevant to the online industry.

2015 abounded in noteworthy judgments, which shows that Europe is committed to an extensive protection of the privacy of Internet users. At the same time, this privacy protection enforcement takes place under the jurisdiction of the relevant Internet user, which means that in the US, it will be possible to sue Google.

One of the most important cases was the dispute between Google and Vidal-Hall ([2015] EWCA Civ 311), where the plaintiff sued Google for collecting data on online activity from her Apple Safari browser without her consent.

Another interesting case was the Weltimmo s.r.o. vs Nemzeti Adatvédelmi és Információszabadság Hatóság (Case C-230/14) lawsuit, where the Slovak website, gathering Hungarian market real estate offers, collected the data of Hungarian citizens. The company, even though it was Slovak, was held responsible before the Hungarian authorities for unauthorized data collection.

The last interesting case was the Schrems vs. Facebook (C-362/14) lawsuit, as a result of which ”Safe Harbor” was considered null and void.

From the perspective of the advertising industry, it is worth mentioning the dispute between the publishers of the German daily newspapers "Die Zelt" and "Handelsblatt", and Eyeo, producer of the advertisement blocking Internet tool – AdBlock Plus, which was lost by the former. The publishers filed a lawsuit against AdBlock Plus for illegal activity that was detrimental to market competition and deprived them of their profits from advertising. Another issue that was raised concerned the fact that some companies pay the developers of AdBlock Plus for being placed on the so-called "white list" of entities that are not blocked by the program. The publishers lost the case in the court of Hamburg, as the bench did not find any violations by the producer's ad blocking software.

In the light of the dispute’s loss and the need for conciliation, and with the lack of a legal means to put an end to the activities of the software producer, the recent activity of the Axel Springer Group is becoming more and more important and can be considered a success. The Group closed access to all content on the "Bild" newspaper website to all users of ad blocking programs. It requires AdBlock to be turned off or a EUR 2.99/month subscription fee to be covered. Its activity is lawful, and looking at recent reports – effective.  Perhaps; therefore, it is one of the solutions that could be adopted by the advertising industry?

The so-called "Trilogue” negotiations on the wording of the new regulation on data protection for European citizens were completed. While the idea behind it is noble, the combined efforts of the online industry failed to convince European legislators to take into account the demands of the industry, such as a more precise definition of personal data or clear regulations on profiling, with a new model of much more restrictive sanctions. It can all be summed up by Townsend Feehan, CEO of IAB Europe: ”The data protection deal is a triumph of populist rhetoric over common sense. Legal uncertainty and big fines are a toxic cocktail, and companies will have little choice but to impose annoying requests for consent every time a user accesses their website. Europe remains a regulatory minefield, which means that new data-driven innovative services and products will continue to come to European consumers much later or not at all, and if they come they will be offered by more competitive companies”.

Data combining – a new driving force that increases the effectiveness of online campaigns. “First party data", i.e. the data of the advertiser or the agency; "second party data", i.e. the data of the advertisers' partners and lastly; "third party data", i.e. the data of third parties such as publishers, monitoring traffic on their websites. These three notions, in particular in relation to the growing popularity of programmatic advertisements, are becoming commonly used. From the legal perspective, it is worth mentioning that the growing use of different data sources entails increased legal risks for the entire process. This raises questions concerning the "ownership" of data, its safe transfer, attempts to combine it (with the use of the popular "cookie matching") and the consequences it has for the protection of personal data, but also for the information obligations of publishers.

Privacy will likely be a returning subject and a headache for the industry. The past year shows that, although the statutory law has not kept pace with the development of business models, especially in the online industry, the judicial authorities are striving to bridge this gap with precedential judgments. Apart from the “Safe Harbor” case and  the draft regulation on the protection of natural persons in terms of processing and free movement of personal data, which is viewed as at least controversial by the online advertising industry; it is worth mentioning the European Commission’s initiative concerning the establishment of the Digital Single Market. It covers, among other things, rules facilitating cross-border e-commerce and ending geo-blocking, as well as a closer look into the role of Internet platforms such as search engines and  social media. 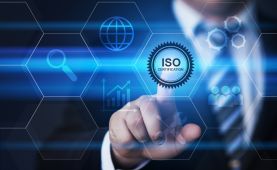