Artists don't like Spotify. Is this the beginning of the end for streaming services?

In November 2015, the singer Adele surprised fans by not only releasing a new album, but also making a firm decision on sharing her latest tracks on streaming services. The album "25” didn't appear on Spotify or Apple Music. Performers are taking this approach more and more often. Is it a good business decision? Gemius expert Krzysztof Majkowski responds.

The November premiere of Adele's new album, entitled "25”, was one of the most important music events of 2015. The fact that the star didn't sign the contract offered by Spotify sparked outrage, although the artist had repeatedly hinted that she couldn't accept the proposed financial conditions. It was said that the star was "killing the streaming business". It was also suggested that the decision would reflect unfavourably on the artist's earnings. According to popular belief, subscribers to Spotify and Apple Music simply don't buy CDs. As it turned out, however, sales of the CD "25" have smashed the records. Therefore, it may be worth considering the consumer approach to listening to and buying music.

In the context of "killing the streaming business", it's worth taking a deep breath and thinking about the business model of these services and the profits that artists obtain as a result. In particular, the profits derived from tracks played by people who don't pay to access these services. In fact, we can ask the opposite question: Will Adele actually lose out as a result of her album not being available on streaming services from the release date? As sales figures show, this hasn't happened so far. It's also not a bad move in terms of image. Especially considering the presence of the singer in the media in relation to her decision. This situation basically constitutes additional free promotion. Nor does it mean that the album won't be available to stream in a few weeks or months.

Let us also remember that this is not the first time that artists haven't made their albums immediately available on Spotify or Apple Music. Adele's earlier album, "21", was also unavailable on Spotify for a long time. Taylor Swift refused to share the album "1989” on Apple Music due to royalties, or rather the lack of them. Similar situations have occurred in the case of Beyoncé and other artists.

Consumers will always listen to music, regardless of the channel

It's hard to separate consumers into two groups – those who use streaming and those who buy CDs. It may be a harsh reality, but consumers generally don't operate on the zero-one principle. They are simply listeners, and if the album they want to listen to is available via one sales channel, that's the one they use. And if this channel gives the artist (or the label) greater control over how their tracks are distributed, and if the artist can also be rewarded for their hard work in this way, it's hard to blame this situation on the artist. It's also worth remembering that, when faced with a choice of several channels, the consumer uses the one that's most convenient for them, or some combination of channels that suits their manner of content consumption.

It should also be mentioned that many people understood Adele's decision as meaning that the album "25" wouldn't be available via the Internet. This is a mistake – of course, Apple Music is not the same as iTunes. The new CD is readily available there for purchase. Adele's tracks can also be found on the Pandora website, which is not very popular in Poland, and functions like classic internet radio. This means that the consumer has no influence over when, or even whether, they hear a particular song. The same situation applies to traditional broadcasters. The ability to listen to new tracks on your favourite radio station doesn't stop anyone from buying CDs in traditional or digital form.

It is clear that the decision of such a well-known artist as Adele, someone with such potential, is of great importance for the future of the market, but it's a far cry from the death of streaming. At most, we can talk of the potential death of the current business model under which streaming operates. But these are two completely different things. From the point of view of streaming services, this means a subtle but significant change to the rules of the game – and, perhaps, there will soon be a need to find another, more optimal model of cooperation. 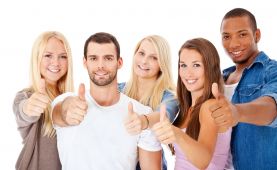 The way to a client's heart is through recommendation 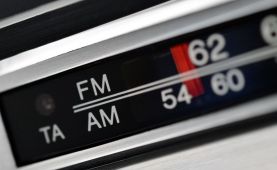