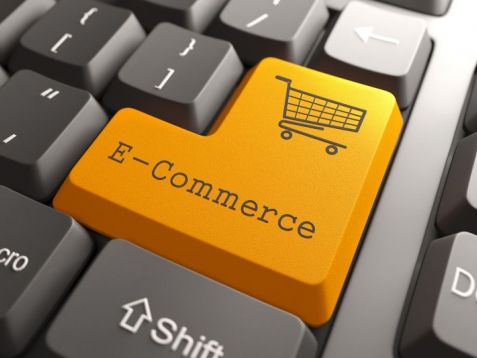 Almost half of Poles benefit from the convenience offered by online shopping, and competition between certain e-commerce brands is growing stronger and stronger. Which brands are most recognisable to Polish internet users? Check out the latest report on e-commerce in Poland.

Allegro has a lot to be happy about

According to the ‘E-commerce in Poland 2016. Gemius for e-Commerce Polska’ report, Poles frequently shop online. In the ranking of the recognisability of Polish online shopping websites, the undisputed leader is the e-commerce platform Allegro.pl (69 per cent). This brand dominates not only in the general online shopping category, but also in many individual product categories (e.g. clothing and electronic and household appliances). The OLX.pl website came second in the ranking (28 per cent). The visible difference between the figures of the two domains, with Allegro.pl clearly in the lead, confirms the strong position of this brand in the awareness of Polish e-consumers.

‘The dominant position of Allegro comes as no surprise. After many years on the market, the brand has developed a solid position, strong enough to compete effectively with world leaders such as eBay. It could even be said of this platform that, just like Google is a synonym for online search engine, Allegro is a synonym for e-commerce in Poland’, says Marek Molicki, Gemius expert. ‘Compared to last year’s report, there are very few changes at the top of the ranking – the group of the most recognisable online shops no longer includes Merlin, which is no surprise, or Amazon, which is somewhat unexpected. Although the leader in this year’s report, Allegro, has a slightly weaker result, the difference between first and second place is still big enough that something really spectacular would have to happen for the situation to change dramatically within the next year. From time to time, there are rumours that Aliexpress could represent a threat to Allegro. However, looking at the results of the study, we can safely say that these rumours are totally unfounded,’ adds Molicki.

‘The success of Allegro.pl is entirely deserved. Although the platform came into being as a clone of the American concept of eBay, they later developed and built their competitive advantage, as well as their own original solutions and tools,’ explains Prof. Dariusz Jemielniak from Kozminski University. ‘In actual fact, eBay have themselves to blame for losing this competition, having failed to enter the Polish market for years and then doing so in an amateurish fashion. Meanwhile, Allegro built a true added value that is difficult to forge, whereby they appreciate customers from the entire region. Interestingly, Allegro successfully developed a hybrid model – the sale of both second-hand goods from private individuals, and simply selling goods from small business, which rely on Allegro’s infrastructure and trust system, making it more profitable than building their own online stores. It is interesting whether Allegro will decide at some point to externalise their trust system, allowing the use of their stars on other websites – we will probably only find out when the new owner of Allegro, which is currently up for sale, determines their strategy,’ says Jemielniak. 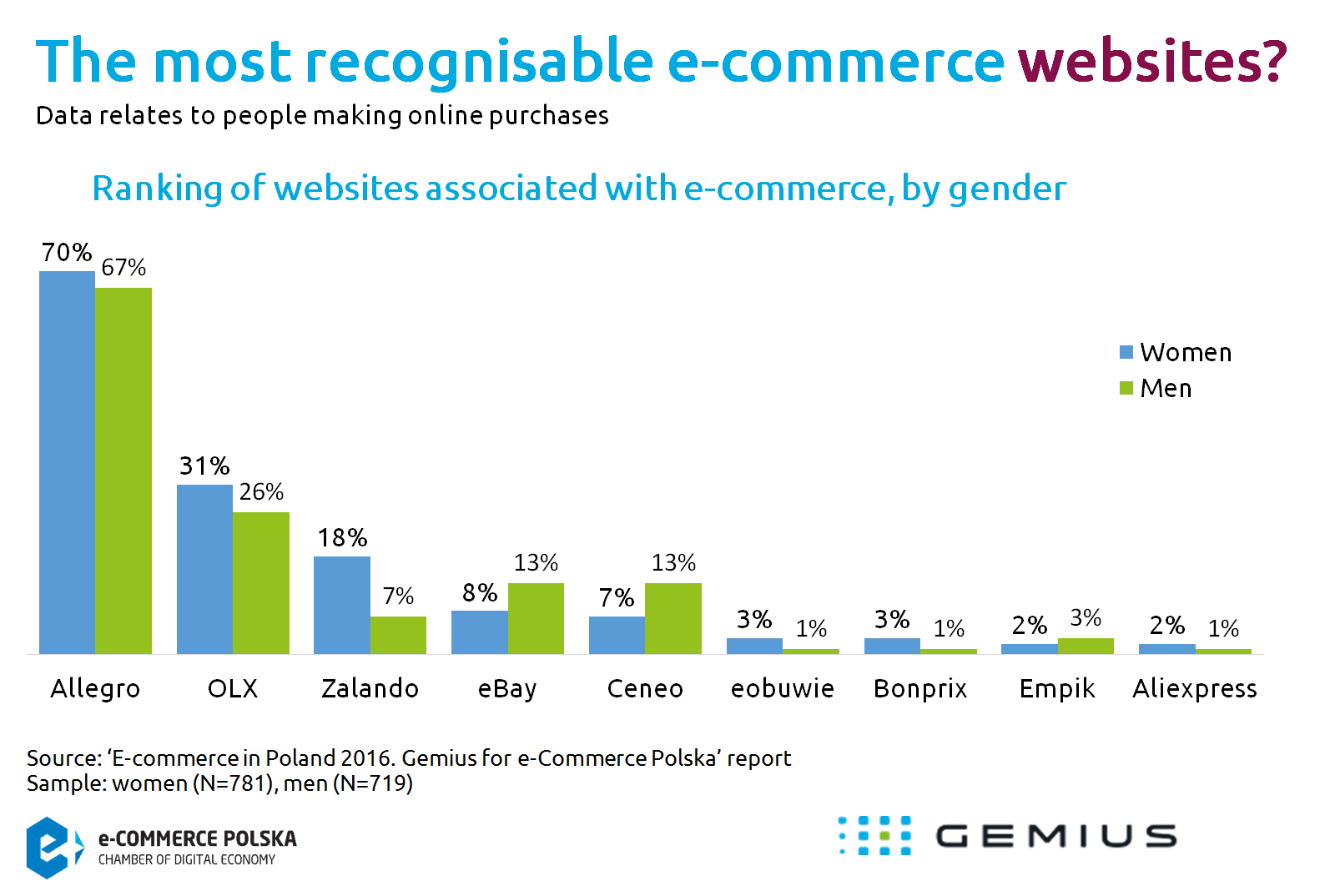 Specialists in their categories

Internet users were asked for the names of websites which they associate with the sale of particular groups of products. The most recognisable brand selling grocery products is Tesco.pl (mentioned by 18 per cent of respondents), and the brand most associated with online pharmaceutical purchases is Dbam o Zdrowie – Doz.pl (7 per cent). In the context of online cosmetics purchases (including perfumes), the most mentioned brand is Rossman.pl (10 per cent). The website most frequently associated with the sale of multimedia in electronic form (apps, e-books, etc.) is Empik.com (17 per cent), which also got the most mentions for websites selling multimedia in traditional form (books, CDs, etc.) (32 per cent).

You can find more details in the ‘E-commerce in Poland 2016. Gemius for e-Commerce Polska’ report.