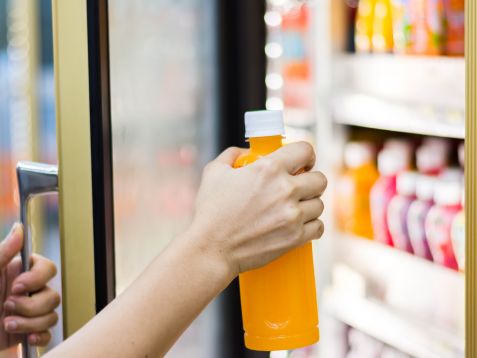 As temperatures outside rise, drinks manufacturers’ campaigns follow suit and heat up. Video ads for this industry were watched last month by 15.8 million people – that’s 57.3 per cent of Polish internet users (source: gemiusAdReal).

Beer accounts for half of the industry’s views

Online video campaigns promoting beer recorded 81.5 million playbacks. This is almost half (46.8 per cent) the displays of all video ads for drinks in May. Beers appeared on 10.3 million people’s screens. Sweetened soft drinks, with adverts displayed on computers of 10 million users, enjoyed nearly the same size of audience, generating 36.5 million views. The third place went to energy drinks, with 5.9 million viewers and 15.9 million views. And it was videos for products in precisely this group that reached the greatest number of viewers in the brand rankings. Online video adverts for Tiger Energy Drink were watched by 4.3 million people, or one in six desktop and laptop internet users.

Drinks producers reached the greatest number of potential clients through video ads on Facebook.com, where they had an audience of 5.8 million people. There was a similar audience for video commercials on YouTube.com, where they were displayed to 5.6 million web users. In the third place in terms of viewer figures were Onet-RASP group websites, where adverts encouraging people to quench their thirst were seen by 4.2 million people.

Gemius analysed data from May 2017 for Polish internet users aged 7 to 75 on desktop and laptop computers.