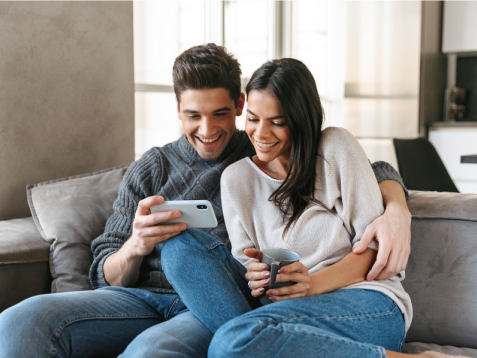 TV, mobile phone or maybe PC? How did the epidemic affect Poles' behavior when it comes to using the media? Answers to these questions are provided by Gemius’ analysis based on Gemius/PBI research as well as cross-media data coming from gemiusAdReal.

The summary of the ad contacts and users numbers in all media channels measured by Gemius (television, radio, internet) clearly indicates an increased activity in the second half of March, on both advertisers’ and consumers’ sides. The difference in the number of ads that consumers were exposed to, in the first week of February and the last week of March, amounts 14%, which means the ad contacts increase by about 3.7 p.p. The rapid growth started during the week the government introduced pandemic- related restrictions.

– The number of users who came into contact with a marketing campaigns, has not changed significantly over the period considered – comments Michał Włodarczyk, Managing Director, Gemius Polska – So what is the reason of substantial increase in the number of ad contacts? On the one hand, this may be a result of more intensive marketers' activities in some industries, on the other hand it could be because of  change in our media consumption habits. Changes in Poles’ daily routine, naturally resulted in spending more with their mobile phones in their hand, while the computer or TV is on. And an intensification of media consumption goes hand in hand with an increased exposure to advertising.

According to the data, a growth in the total number of ad contacts recorded between the first week of February and the last week of March is noticeable in both, digital channels (18% for desktops and laptops and as much as 32% in the case of mobile devices) and TV (8%).

The TV platform includes 37 of the most popular TV stations.

– We analyzed the intensity of ad contacts on TV, distinguishing the particular types of channels in terms of their theme – comments Włodarczyk - It turned out that the biggest increase was observed in the news stations, and a big decrease was recorded in sports channels. The raising popularity of news channels is due to the consumers' natural demand for reliable information during the crisis. The fall noted by sports stations can be, by contrast, a consequence of cancellation of the majority of sport events during a pandemic time.

In the case of news TV channels we observe a significant increase in the number of ad contacts (72%) and real users who saw the ads (38%) in the analyzed period.

The number of ad contacts on sports channels dropped by 82%, and the number of real users who saw the ads - by more than half.

More interest in news and journalism is also noticed on the internet. According to the Gemius/PBI research, the number of page views generated on websites in this category increased by 60% in the analyzed period (the first week of February vs the last week of March), while the growth of the number of users by 9%. The most significant changes in the number of page views was be observed in the case of mobile devices – here the number grew by as much as 67%. If it comes to real users, the biggest growth was noted on the PC platform: this number increased by 21% over the period concerned. 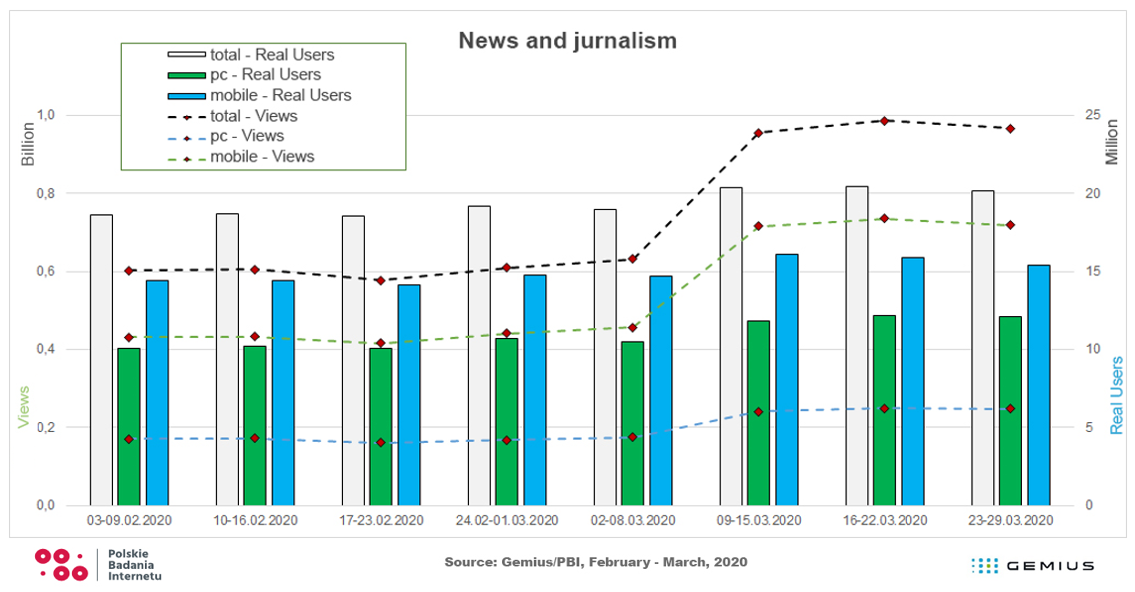 Similarly, as in the case of TV, the popularity of sports websites has dropped on the internet. While the number of real users has not changed significantly, the volume of generated page views has fallen on each platform: 33% (all devices), 46% (desktops and laptops), and 24% (mobile devices) respectively. 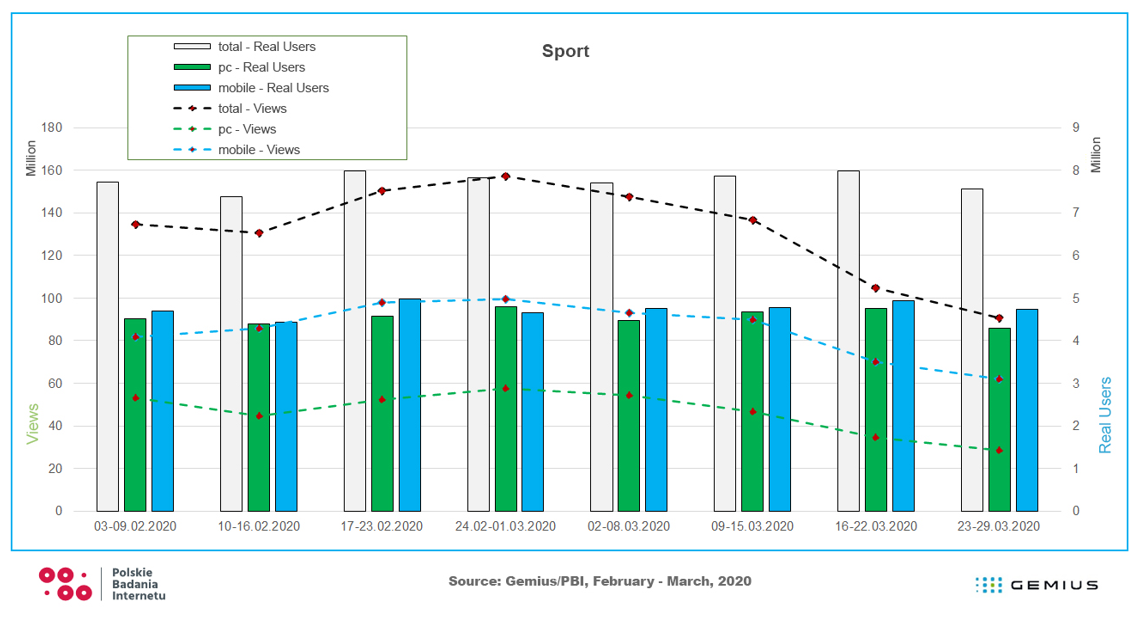 – The change in the way of media consumption over the past months is clearly noticeable. Marketers must certainly take it into account while planning ad campaigns during this unusual period. Particular attention should be paid to the growing advertising clutter. This situation forces the search for an effective way to stand out from the competition to be able to fight for a customers’ attention. This is of course a considerable challenge but also an opportunity to present a completely new quality. I am glad that several large advertisers have already faced this challenge and, often in a very creative way, modified their ad campaigns to match them with a present situation – concludes Michał Włodarczyk.

During Covid-19 restrictions, in Estonia online spending has increased more than in Latvia and Lithuania