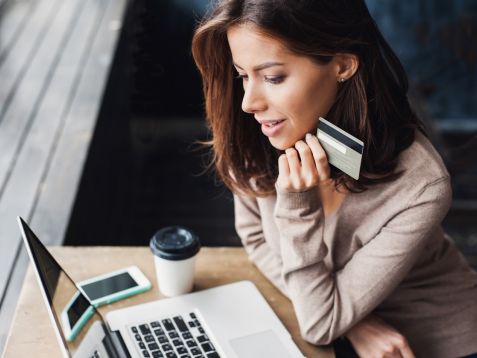 Which e-commerce brands were the most popular in Latvia in October 2021 -March 2022 period? See Gemius Latvia report based on data from the gemiusAdReal study.

According to the gemiusAdReal data, display and video advertising messages of the e-commerce brands reached monthly about 750,000 Latvian who browsed Internet using their computers. In the six-month period, the Top 10 online store brands included trade platforms such as 1a.lv and 220.lv, clothing, footwear, and accessories stores, as well as hardware brand Dateks.lv and shopping platform Barbora, but the first place by Real Users reached is taken by furniture store Mēbeles1.

During the analysed period, the first place in the ranking in terms of the number of Internet users on whose computers the brand's video and display advertisements appeared is the furniture sales website Mēbeles1, with 793,000 Real Users. Meanwhile, the brand Weekendshoes takes second place with a similar number of Real Users - 744,000. The online store 220.lv achieved 3rd place with 674,000 Real Users, but the 4th place is taken by 1a.lv with 641,000 Real Users. Online store 220.lv is slightly ahead of 1a.lv in the number of users reached by display ads, but in terms of video creatives, these indicators are opposite - 1a.lv video ads reached more Internet users from computers. The 5th place is taken by the hardware and electronics store Dateks.lv, as display ads have reached 636,000 Internet users. It should be noted that the brand has entered the top only due to display ads because there are no online video creatives for this brand.

The above-mentioned leaders are followed by a number of clothing, footwear and accessories brands. Reaching 605,000 Real Users from computers, number 6th among the TOP 10 is online store Factcool, followed by well-known e-commerce brand BestSecret with 603,000 users. Meanwhile, Zalando is in eighth place, with display and video ads reaching a total of 587,000 internet users from computers in six months, while Glami is in ninth place with a similar number of users - 557,000. While Zalando's video and display ads reached 400-500,000 in each ad format, Glami video ads reached only 4,000 users. The top 10 is closed by the food and household goods delivery platform Barbora, as the display and video ads reached 520,000 users.

In terms of eQ Ad Contacts – a quality indicator that consists four elements: ad type, contact duration, ad size, and the simultaneous presence of other ads in the user's window, brand Weekendshoes takes the first place with more than 6 million contacts while, Mēbeles1 has reached almost 5 million ad contacts, but a number of brands, including Zalando, Factcool, BestSecret, 220.lv and 1a.lv, have exceeded 1 million contacts in this indicator.

The Gemius AdReal data on the TOP 10 e-commerce brands mentioned above includes data only for those advertisers in the communication of which it is possible to distinguish online sales. All data on the trade sector include various other sub-sectors, such as supermarkets, hypermarkets, electronics stores, cosmetics stores, pharmacies, and others.

The Gemius AdReal system in Latvia processes around 4 million video ads and 54 million display ads every day, including about 60,000 new display ads and 5,000 video ads entering the system every day. Advertisements are categorized into 18 industries - telecommunications, clothing and accessories, trade, food, finance, pharmaceuticals, household equipment and more, which can be viewed in detail in a number of sub-industries. They can be viewed by brand owner, brand, media owner, media channel or industry. 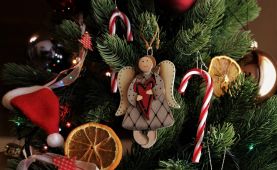 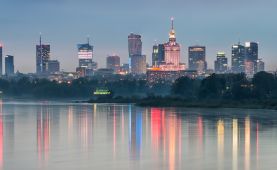 The most popular advertisers on the Polish market in January 2022